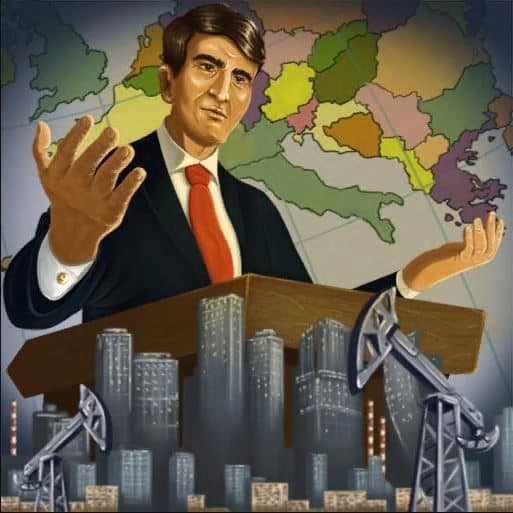 Modern Age strategy game: An opportunity for you to be a president

Gaming has been part of our day to day lives. We spend more time playing games. Some times, we play to pass time, sometimes we also play to catch the whole fun of the game. Strategy games have been top-rated in recent times. The Modern Age strategy game is one game you should look out for. This game is a classic geopolitical, economic, and military strategy game, where you have to appear in the role of the president of the modern state. So are you ready to become a president of Russia or the USA? Maybe Afghanistan will flourish under your rule. In this game, you have the privilege to lead any modern state. You also manage the state, explore new technologies, and expand your territory. 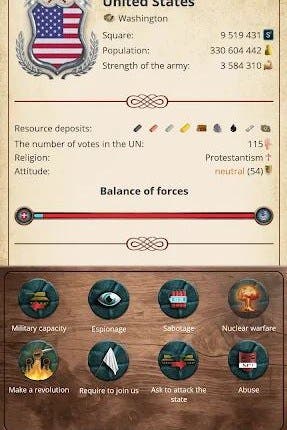 You can fight other countries and prove yourself as a wise president and successful military leader in this game. Your civilization needs a strong leader, war system Annex states and kingdoms. You have the authority to send troops to capture resources within and outside your premisses. To be at the top of this game, you have to build a fleet, prepare military units, buy or produce military equipment. Also endeavor to erect airfields, barracks, and shipyards. Send spies and saboteurs to other countries to learn about their strengths and innovations. Make the life of your citizens better and safer with your positive leadership vibe. The police, the security service, the Ministry of Health, Education, Defense, Infrastructure, etc will help your economy to be the talk of other countries. You should also make sure you trade agreements, build embassies, participate in UN work and put forward resolutions in order to move forward. Laws and Religion make laws depending on the chosen path of civilization development. 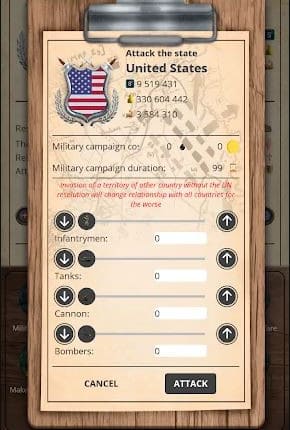 In this game, you have the power to choose the official religion of your state. Trade Produced food and raw materials with other states for the manufacture of goods.  Show that the world would be a better place if you are given the privilege to be the president of the country. Install this game on Google play store now.