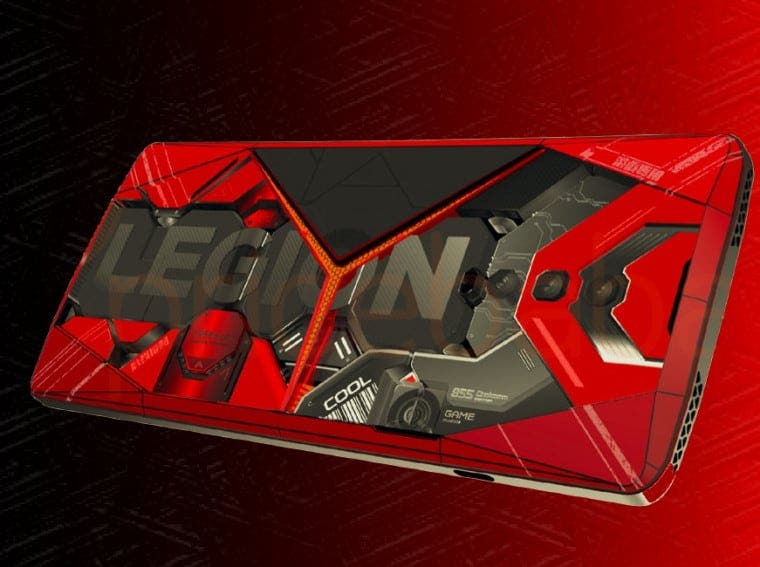 The trending gaming phone segment already received three champions this year – Black Shark 3 series, Nubia RedMagic 5G and iQOO 3. Now, there is another company working hard to bring its own champion. Lenovo, the world’s top PC maker, will bring its legendary legion range of gaming PCs to the smartphone scene. We have been hearing rumors about the Lenovo Legion for quite some time, but today, patents emerged giving us the best look in the unreleased smartphone. We already know that it will sport the Snapdragon 865 thanks to a Qualcomm listing. Now, the folks at Pricebaba spotted the Lenovo Legion smartphone on China’s patent website, CNIPA.

The images in the patent reveal the smartphone in two color options – Red and Metallic Grey. The phone sports a tall display with bezels on the top and bottom. There is a selfie camera embedded inside the top bezel, along with an earpiece. We believe that gamers aren’t really concerned about the top and bottom bezels. After all, notches and punch-holes can be considered intrusive during gaming sessions. The back panel appears to be transparent on both color variants. It reveals a Legion branding along with some inscriptions. One of these says Snapdragon 855 Qualcomm. We believe that this patent is old, and was submitted in the times of Snapdragon 855. Qualcomm already confirmed that the Lenovo Legion is one of the 2020 phones sporting its high-end chip.

The handset features a Physical fan with the word “Cool” inscribed beside it. According to Lenovo teasers, the new gaming phone will introduce “disruptive” cooling technology. Another inscription reveals a massive 5,050mAh battery inside. The company also confirmed a 55W fast-charging technology. Therefore, the new handset will not only offer a super-fast charging tech, but also a massive battery. On the rear, we can see a triple-camera arrangement. Moving on to the right side, it seems that Lenovo will also offer touch-sensitive shoulder (trigger) buttons for gaming. There is also a power button, volume rockers and what seems to be an alert slider. On the left, there’s a secondary Type-C port. This port can be used for a series of clip-on accessories. Asus used the same solution with its Asus ROG series. At the bottom, there’s a SIM card tray, USB Type-C port, and a single loudspeaker grill.

Unfortunately, we don’t have many details about the smartphone. We know it will feature Snapdragon 865, while rumors suggest LPDDR5 RAM, 144Hz display and the latest UFS storage. Lenovo is yet to announce a release schedule for this gaming phone.  If you’re a mobile gamer like me, then stay tuned for more news about the Legion. After all, these gaming smartphones are our best option to run everything on Google’s Play Store. With the best specs in the market, they can run every game and even emulate powerful consoles.