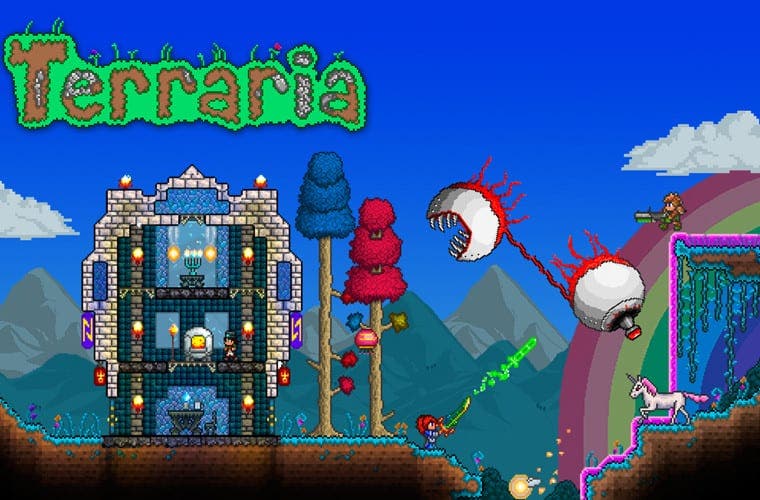 Terraria has sold 30 million copies across all platforms

If you’ve been an avid consumer of Indie games, the name Terraria will sound familiar to you. In the age of successful games like Minecraft, Terraria brings a similar survival, building and crafting feel to the 2D world. But don’t take fast conclusions, Terraria is quite a unique game with gorgeous visuals, soundtrack, gameplay and with active support for developers. This successful gem is available across several platforms from mobile to consoles.

According to Re-Logic, the company behind it, the game has sold over 30 million copies across all platforms. From this number, we have 14 million copies on PC, 8.7 million on mobile devices and 7.6 million on consoles. That’s an impressive feat for a game that still carries the “Indie” identity. The sandbox game initially came for Windows. However, it quickly came to other mobile platforms such as iOS, Android, PS Vita, and Nintendo 3DS. This game is perfect for mobiles, but it’s also available for consoles from the current and past generations.

Developers are now working to deliver the game’s final released dubbed “Journey’s End”. It’s a massive update that was originally planned for 2019, however, for unspecified reasons it got its launch postponed to this year. According to reports, the team behind the game wants to ensure that everything will run smoothly with this new update and as the game’s last major update, it needs to be perfect.

We are sure that the game will keep selling and breaking records across all the platforms. Are you a player of Terraria, let us know your opinion about the game.