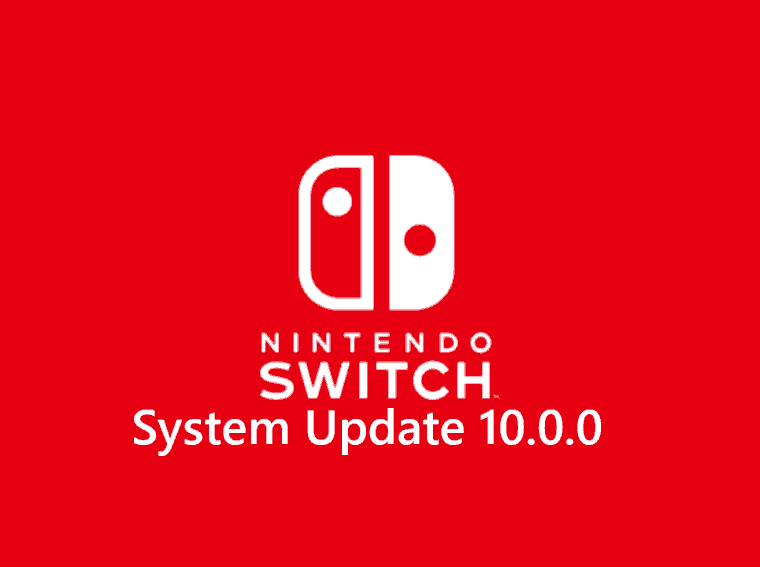 The Switch‘s firmware version 10.0.0 brings an ability to transfer software data between the system memory and an SD card. This means that you can now transfer downloadable software, DLC and more to your SD card. This will come in handy if you’re looking to free up your onboard memory storage. The next significant change is the ability to remap the controller buttons. 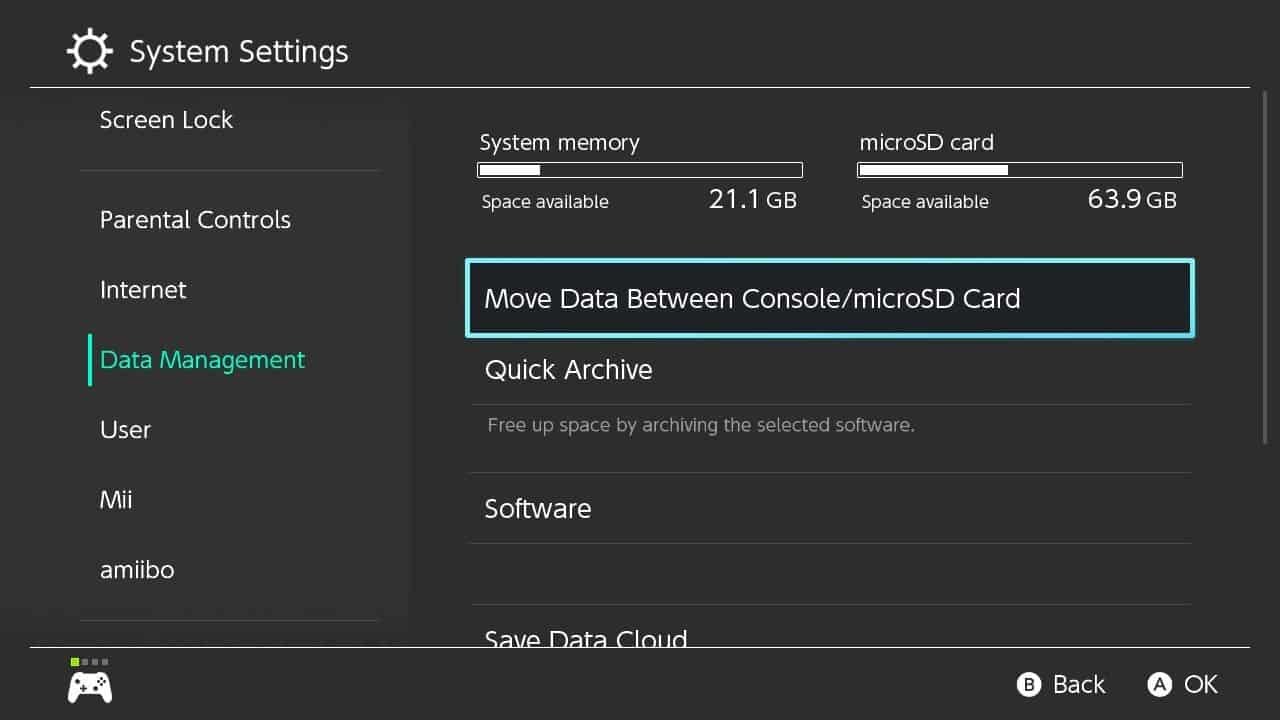 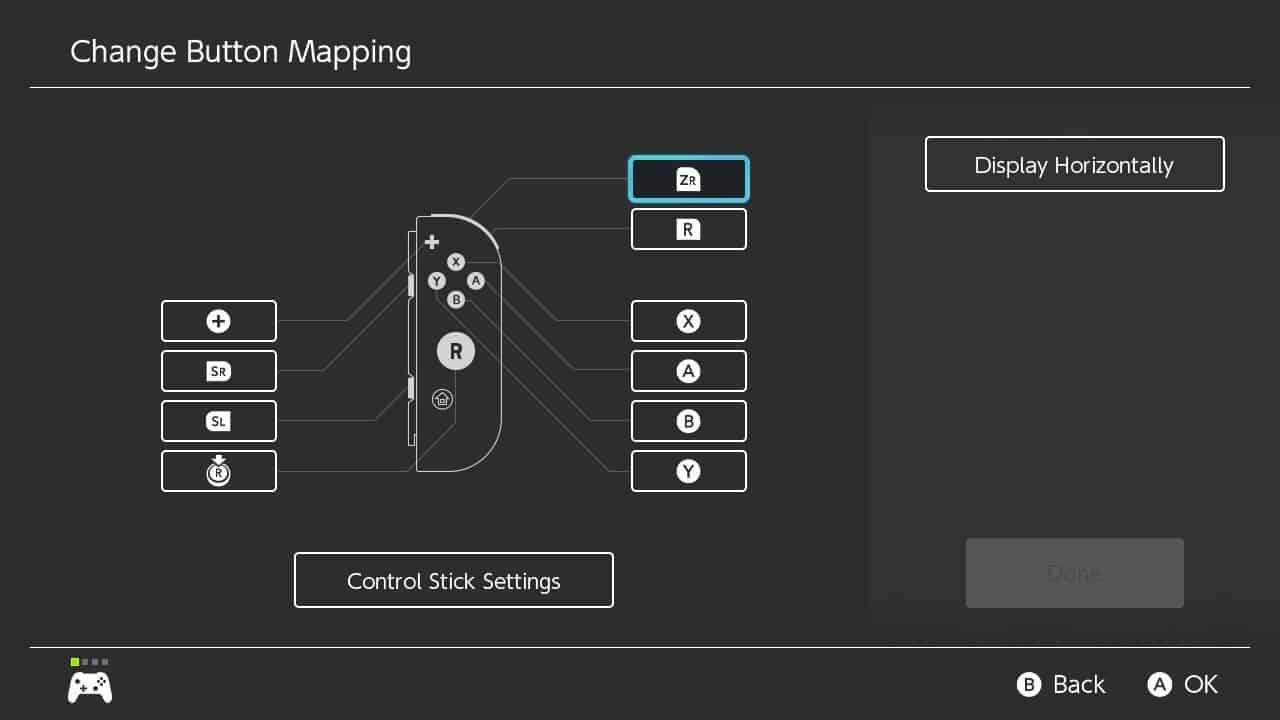 Furthermore, Switch users can now bookmark their favorite news items – you can find this new section in User Settings  Looking at the popularity of Animal Crossings: New Horizons, the company has also added 6 new icons to the console. Apart from all these, there are numerous general system stability improvements. You can find the complete changelog down below. 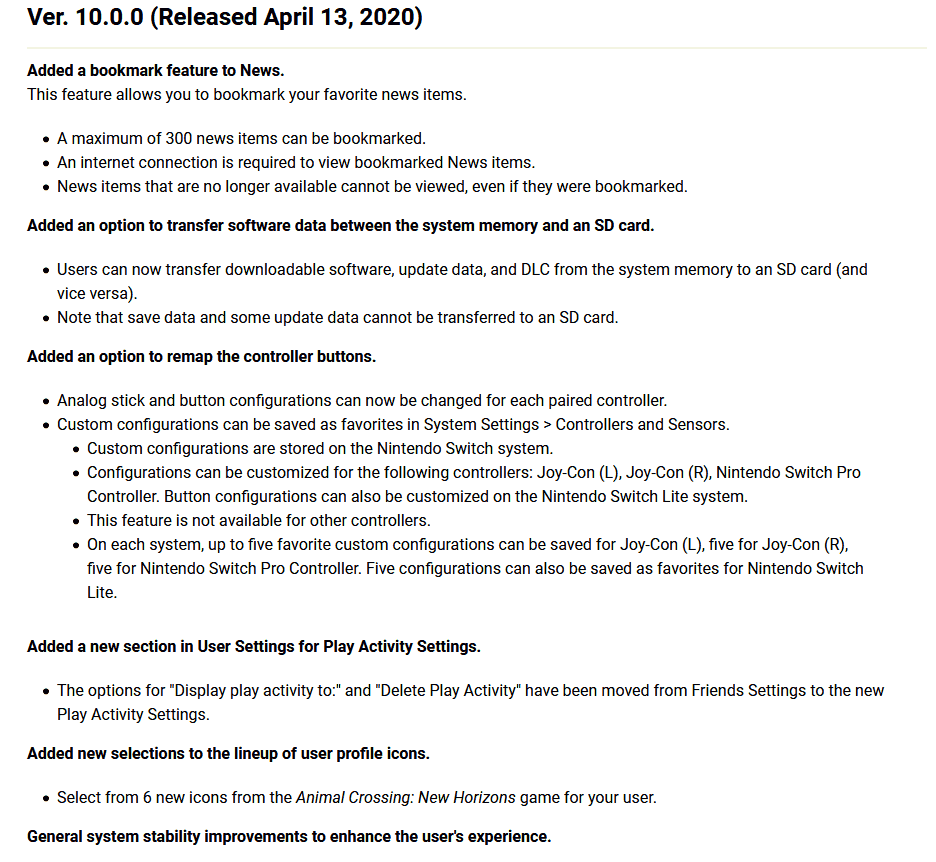 If you haven’t received an update notification, you can upgrade manually by heading over to Settings>>System>>Update. Make sure to also update your Joy-Con as well. It is also worth noting that you might come across an error message while updating. It seems like Nintendo‘s servers are not performing well. The error reads, “The server is currently undergoing maintenance. We apologize for any inconvenience. Please try again later“. If that’s the case, then you need to keep performing the update and it will eventually work.

Do let us know in the comments below whether you liked the new firmware version or not. If we missed something, then please let us know by writing down below.