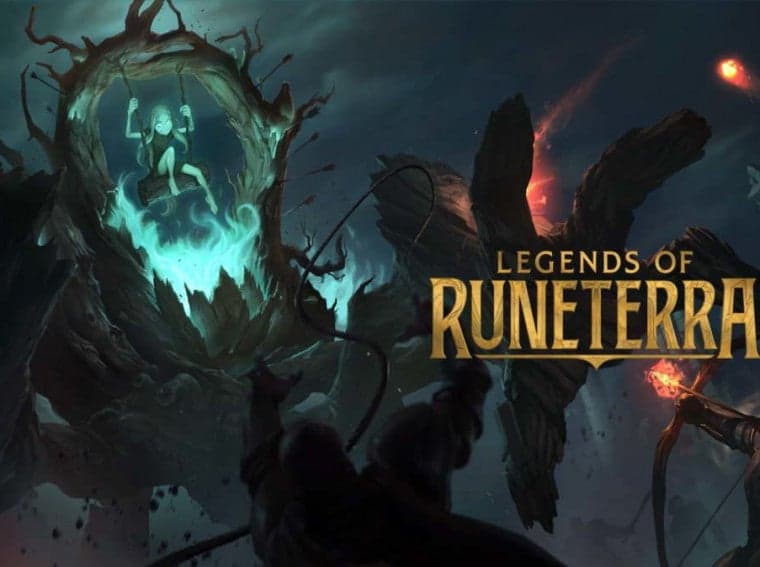 Legends of Runeterra, Riot Games latest release, is finally available for both iOS and Android platforms. It’s really curious to see the game coming earlier than expected. Perhaps the company’s way to help us with lockdown times? According to the developers, this is a strategy card game “where skill, creativity, and cleverness determine your success.” The great key point of this game is that it set in the world of Riot’s highly-succesful League of Legends.

Since both games share the same universe, you can expect to see characters from the iconic MOBA here and there. You’ll also see a wide selection of new heroes to meet along the way. At launch, you’ll need to select between 24 champions. Each one of them comes with a set of unique abilities.

These heroes will probably play a major role in your deck, but you’ll need to keep up building a solid deck if you want to claim victory in your fights. The support cards you pick will also complement your preferred champion. As you can see there are several gameplay mechanics to play with. It’s not just a matter of selecting the coolest cards and playing with them. You’ll need to build a strategy based on your deck.

A unique experience set on the world of League of Legends

There are six major regions where the game takes place – Demacia, Noxus, Frelijord, Pitlover & Zaun, Ionia, and the Shadow Isles. Each one of these regions is said to have its own playstyle and strategic advantages. So you’ll have a lot to explore and boredom may not be a problem. You can mix your deck with cards for every one of these regions making an unbeatable set of cards.

This game will fit under the freemium category. While you can play and win cards for free, you can still buy specific ones. However, it’s a direct purchase you won’t need to deal with the terrible loot boxes mechanics. Legend of Runeterra is now available for download on App Store and Google Play, you can find the links below.