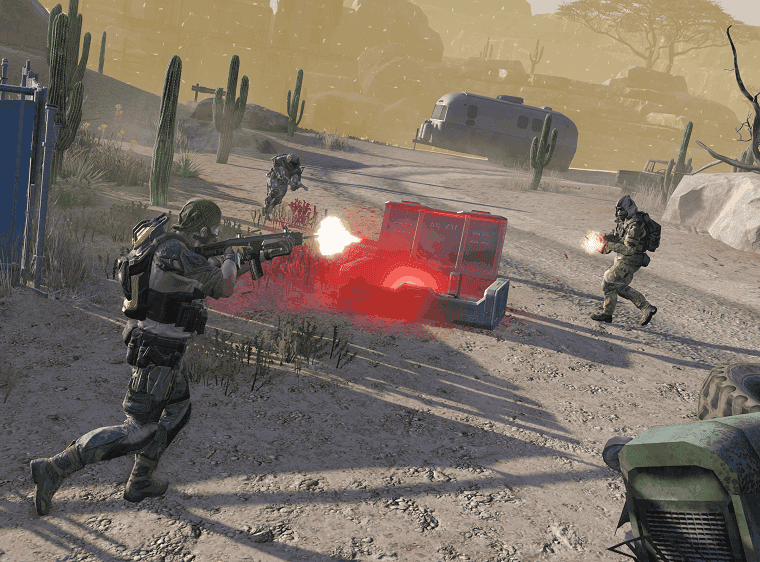 Last month, Warface managed to achieve one million players milestone on Nintendo Switch in just one month. For those who’re unaware, it is a free-to-play first-person shooter game available on the platform. The Switch version of the game has now received an update. With this update, the developers have finally added a 32 player Battle Royale mode.

Warface announced the new update on its official Twitter account with the caption “Battle Royale is now live on Nintendo Switch“. As of now, there is no option to play the mode as a team. This means that you have to land on the Battle Royale field solo. Just like most of the Battle Royale games out there, you have to keep an eye out for cargo drops Like PUBG, the moment you die – that’s it, game over.

Battle Royale is now live on Nintendo Switch. It's time to get into action! Details: https://t.co/FoGdXp3a1f pic.twitter.com/87I5HLcQYy

At the beginning of the battle, every player will receive a Melee weapon for close-range combat. Throughout the game, you need to look for special boxes and keep an eye on the sky. As expected, there is going to be a constantly shrinking area and you need to stay inside to survive. With Battle Royale mode on Warface, Nintendo Switch users can now enjoy the competitive PvP mode.

To recall, the game initially launched in February on Switch console and since then, it has managed to garner some solid attention to it. Considering the addition of Battle Royale mode, we should see some more improvements in the mode down the road.