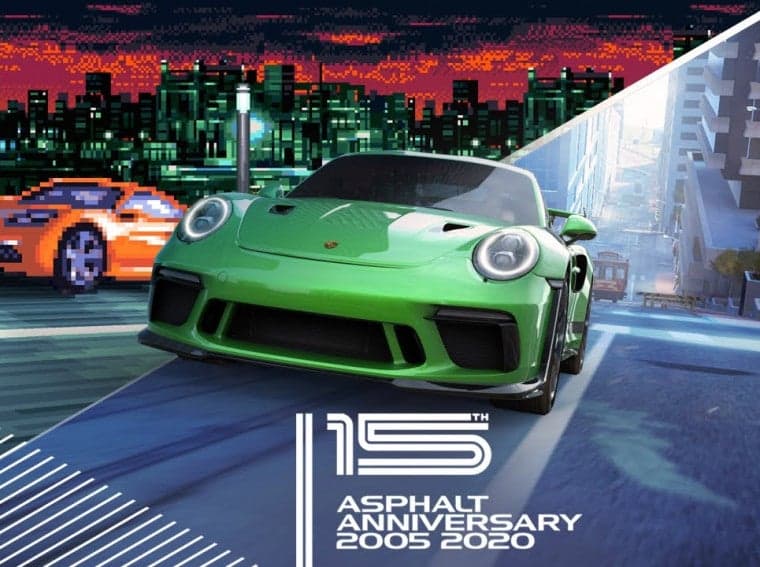 Asphalt is the most successful racing game lineup on mobile devices. Asphalt 8: Airborne & Asphalt 9: Legends are the two most successful racing games in the history of mobile gaming. And its the 15 anniversary of Asphalt series, you know what that means right? It means amazing rewards and events from Gameloft for a month! So are you ready to enjoy Asphalt’s 15th Anniversary?

Asphalt Urban GT was the first game in the Asphalt series. It was launched for Java phones back in 2004. And to celebrate the anniversary, Gameloft re-released the game for a limited time.

Apart from Asphalt Urban GT, the players of the most popular Asphalt 8: Airborne & Asphalt 8: Legends will be given multiple rewards. And there will be events too.

A limited-edition Dodge Challenger 392 Hemi Scat Pack fits with a 15th-anniversary decal. How does it sound? This is what you will be getting in Asphalt 9: Legends. So hurry up grab this fantastic reward. You can claim the reward starting from today to May 25th. Also, there will be an event where you can win 15th anniversary-themed Lamborghini Veneno.

Not only mobile gamers, but Nintendo Switch players will also be rewarded! The players will get the same: limited-edition Dodge Challenger 392 Hemi Scat Pack fits with a 15th-anniversary decal. You can get the reward on Nintendo Switch starting from May 14 till May 20th. You can also participate in an event to win a Nissan GTR Nismo.

You can get a free KTM X-Bow GT4 Car by just logging in Asphalt 8: Airborne from May 13th to the 27th. Whereas, by participating in the event you can have a chance to win Lamborghini SIAN with a limited-edition 15th-anniversary decal.

Gameloft always surprises us with their anniversary events, making their games everlasting! You can check out Asphalt’s official site for more information.