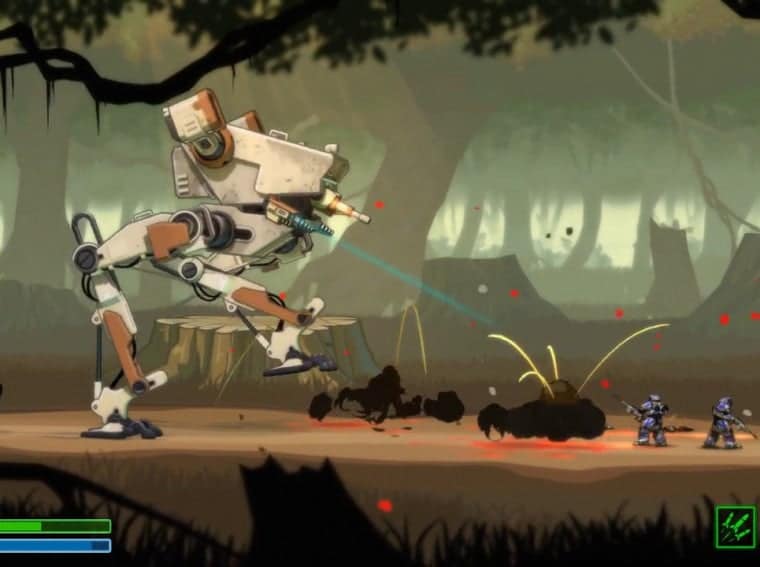 From Tequilabyte Studio, BE-A Walker is a new sci-fi shooter game. The game is now available for Android, iOS, and PC. A huge mech is your responsibility and your mission is to invade a world. For freedom, you have to invade a planet of aliens. Your primary mission is to defeat the natives and protect the colonists.  But what is the reason to invade another planet?

Due to overpopulation, the planet Earth is facing multiple problems. There is a lack of resources, meaning the Earth has having been completely exploited by humans. Hence, now the only option left is to move to another planet. Finally, we have found a new planet where humans can live. Jungles, mountainous terrain, and extremely rare minerals are available on the planet. But there are already warlike humanoid creatures that don’t like anybody living with them. Secondly, the atmosphere of the planet is poisonous to humankind hence you will also have to use air filters. But the main problem is of the deadly creatures that will be using giant spears and missiles on you.

You have the responsibility of  BE-A Walker, a giant mech.  And prove your commitment to the human race and kill anyone who stands in your way. You can trample your enemies or use a gun. Your enemies will be getting stronger from time to time, hence you will have to improve your mech and weapons to become more powerful. Try to master mecha-skills, and work out on the BE-A Walker movements so that your every step is a loss for your enemy.

BE-A Walker seems like a good choice for sci-fi action game lovers. Although, BE-A Walker is a premium game with a price tag of $4.99. You can download the game on Google Play Store, Apple App Store & Steam.