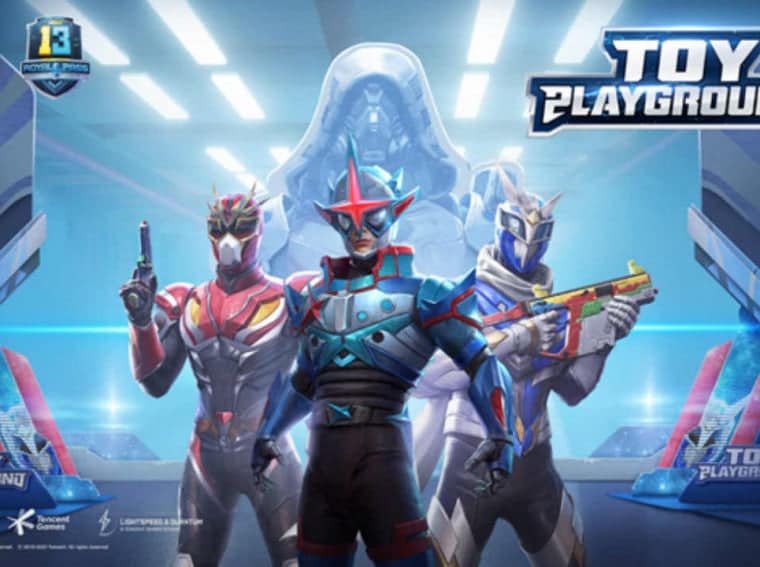 PUBG Mobile Season 13: Everything You Need to Know About Carton Rangers Event

Earlier this month, PUBG Mobile rolled out a new update 0.18.0 to prepare for the next Season 13 Battle Royale pass. As a part of the next season, the developers have introduced a new event called Carton Rangers. In this event, the players will be able to receive numerous rewards by completing certain tasks. We decided to compile everything that you would need to know about the event Carton Rangers on PUBG Mobile. 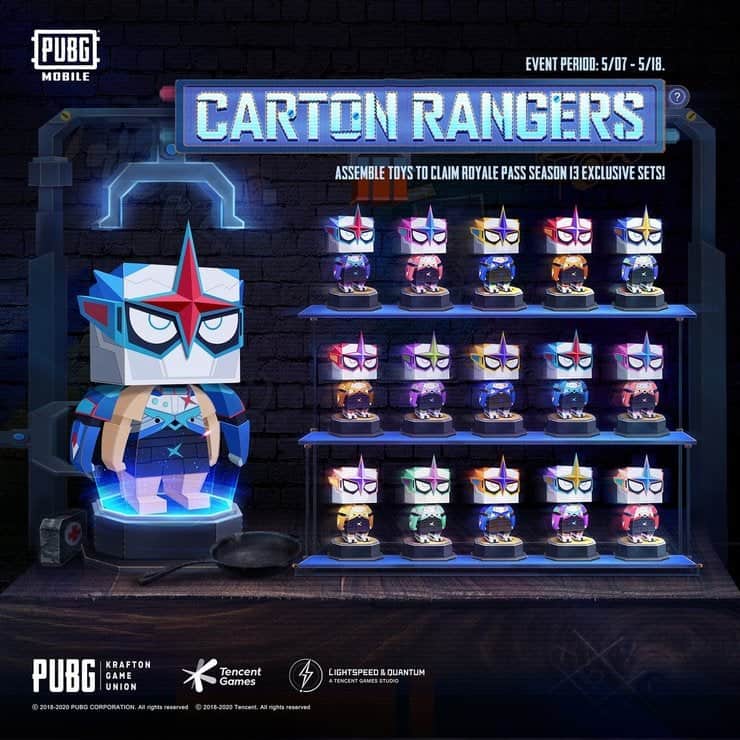 Carton Rangers is the new event in PUBG Mobile that will last till May 18 i.e. next Monday. As a part of the event, you need to assemble toys to claim exclusive sets of Royale Pass Season 13. Carton Rangers event consists of four daily missions that you can complete to collect daily rewards that include prizes and coupons. Each completed mission will give you a cardboard coupon that you can use later on. This means that you can collect four cardboard coupons each day. On top of this, each mission will also give you other rewards such as BP coins, coupons scraps and more.

Talking about the mission, they are quite simple and straight-forward. You will get the following four missions –  logging in daily, complete any match mode, finish the game with top 10 ranking and lastly, playing classic mode for about 40 minutes. Once you get three cardboard coupons, you can use it to assemble the toy. You need to select the head, bottom and the arms of the toy from the provided option.

As a part of the event, you will also get rewards for the number of toys to assemble. You can find the rewards mentioned down below.

With this event, you can earn a plethora of rewards along with an entire Ice Ranger outfit, headgear and more each day. Did you manage to unlock your first Ice Ranger outfit? If yes, then share your thoughts on the skin down below.