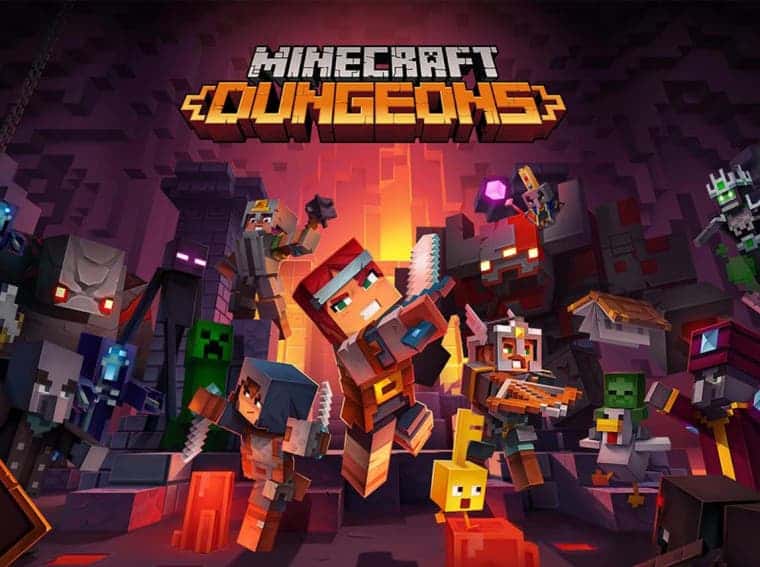 Mojang Studios has now released yet another gaming title expanding its Minecraft portfolio. We’re talking about the all-new Minecraft Dungeons. The game has now been made official and is available on all major platforms. This includes Microsoft Windows, PlayStation 4, Xbox One and of course, Nintendo Switch. Since the official launch, the game has already garnered numerous positive response from the fans and critics all over the world. Minecraft Dungeons, as the name suggests, expands the Minecraft universe to further.

The all-new title brings action-adventure, dungeon crawl and of course, role-playing to a single game. In the game, there are up to four players battling together through treasure-filled levels. You need to take down the evil Arch-Illager with the help of your teammates and ultimately, save the entire village. Minecraft Dungeons makes use of numerous latest-gen features of Nintendo Switch console. The game consists of Dungeon Creeper which is nothing but mobs that you need to fight throughout the game.

As mentioned earlier, the game supports multiplayer experience allowing you to team up with up to four players in co-op mode. With each power-up, you will receive unique items, rewards and weapon enchantments. The game allows the player to customize their character giving you a somewhat freedom on the appearance of your character. Lastly, we’re looking at melee swings attacks and numerous ranged attacks to fight the evil.

Coming to the pricing and availability, Minecraft Dungeons is already up for grabs via Nintendo eShop. The game comes in two editions namely, Standard and Hero. The former will set you back around $19.99 while the latter is priced at $29.99. The Hero Edition will come with the base game, hero cape, two-player skins, two upcoming DLCs and a chicken pet. The game weighs around 3.6GB in size meaning you need to make sure you have the required download space for the same.