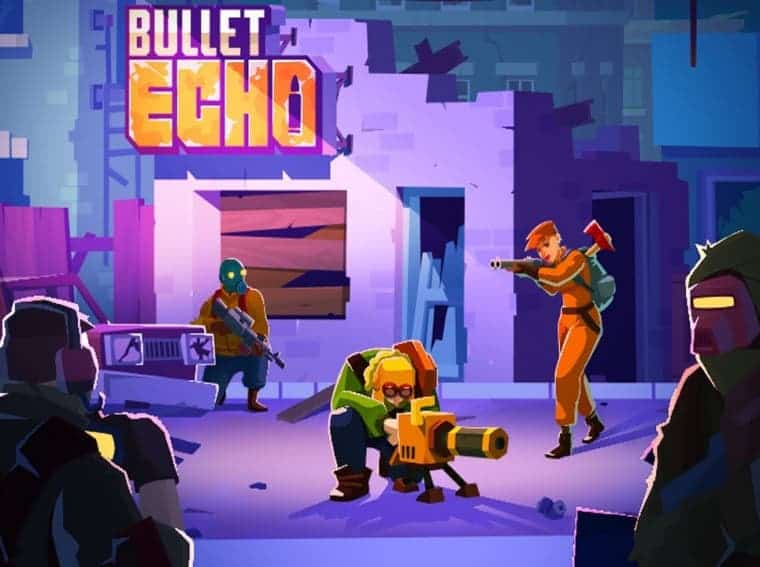 From the creators of Cut the Rope, King of Thieves, and Crash Arena Turbo Stars, Bullet Echo is their new game. The game is a multiplayer PvP tactical team shooter with unique play styles and abilities. The game is now available for both iOS and Android. Bullet Echo is a free-to-play game with in-app purchases. Bullet Echo features a different kind of gameplay. In which your vision is limited by the beam of a flashlight, but you can hear enemy steps and shots. Meaning you will be able to hear sounds like footsteps of your enemies alongside their gunshots. Hearing them carefully is a key.for winning the game. What is the fun of playing games without fun? Due to COVID-19, we cannot play with friends outside. But we can play with them on our portable devices. And this latest game also allows you to play with you friends online. To make the game fair, the level of your hero is matched with the highest level at the party. There are different game modes to choose from including Team vs Team, Solo, and Battle Royale mode with 5 small teams in one map.

With time you will increase your skillset and will be able to unlock heroes. Each hero has a unique set of abilities. By ranking up you can boost your hero’s power and unlock new perks. To spice up the competition, the game also have achievements. You can participate in championships, accomplish missions, and receive valuable resources.

Dare To Be The Last Team Standing?

If your answer is yes, then you go ahead and download Bullet Echo on Google Play Store and Apple App Store. The game has currently 100,000+ downloads and a 3.8-star rating on Play Store.