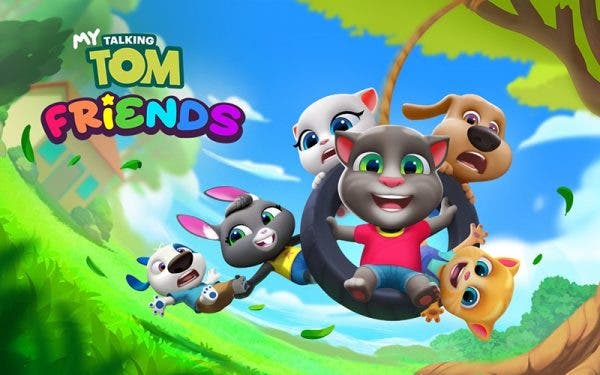 Not one, but six characters in one game makes it the most advanced game from Outfit7 yet. And due to that, the game just broke a record. The game was able to get over 7 million pre-registrations in just six days. Which is a huge number of registrations, making it one of the biggest pre-registered games yet.

Talking Tom, Angela, Hank, Ginger, Ben, and Becca are now living together and it’s your responsibility to take care of them. You will have to feed them, bathe them, fulfill their wishes, and play fun games with their toys. My Talking Tom Friends features new mini-games that will be tricky to play, each testing your skill, reflex, and puzzle-solving. The game also allows you to fully customize the home for your pets. Also, you have a full wardrobe to take care of. The beautiful 3D visuals on will keep you stick to the screen but hey remember, pets also need to sleep! Also, My Talking Tom Friends can be enjoyed by players of all ages due to a strong friendship that is formed with the lovable cast of characters. Someone will like tinkering with the extensive customization options, while others will like to play mini-games. The game is set to launch globally on June 12th for Android and iOS. If you are excited about the game, you can pre-register now on Google Play.