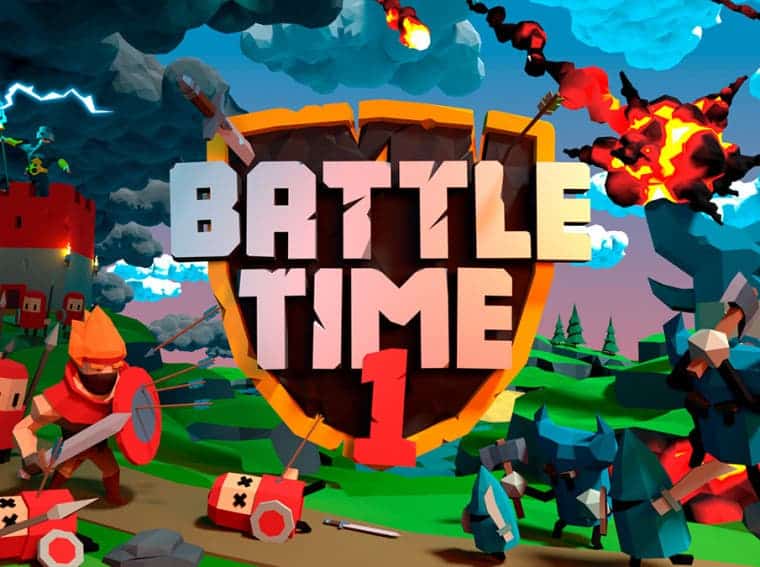 One of the best things about the Google Play Store is the sale. We often see premium games, that can be downloaded free of cost. There are huge discounts on some games as well as icon packs etc. Hence, I have decided to bring you top temporarily free games on Play Store every week so you can enjoy your time during weekends.

Superhero Fight: Sword Battle is an RPG battle game featuring over 60 challenges and fights custom battles in Battle Mode. Strategize, dodge and fight against robot monster in city, space, and unlock different arenas. You can unlock new armor superheroes, upgrade your best warriors, collect your legendary sword, and create the best team to defeat monsters. There is also a free version of the game, but the premium version has some pros including free Cliff hero, 200 diamonds, 10.000 golds, and no interstitial ads.

The original price of the game is $1.99 and will be free till the next 5 days.

Join the battle, capture enemies’ castles, and raise the power of your army. Lead your clan to the victory. This game also has a free version but the paid version will have no ads and will give you a start bonus. The original price of the game is $1.99 but is available for free for the next 6 days.

Merge Monster is a simple RPG puzzle game in which you have to merge your monsters with simple puzzles and create stronger monsters.
The VIP version will give you 200 gems and to lower the distractions, banner ads will not appear. All this comes with an price tag of $0.99 but is available for free for the next 6 days.

The Slimeking’s Tower (No ads)

The SlimeKing’s Tower is an action-packed game that allows you to explore a massive set of dungeons with one single goal, and that is to get rid of all slime that comes in your way. With multiple levels, achievements, bosses to defeat the game won’t bore you. The original price of the game is $4.99 but can be downloaded for free for the next six days.

Well, you have to make ice-creams! To beat the summer in a Caribbean paradise, you are making ice creams. Scoop, swirl and mix different flavors. Top them up with tons of decorations, candies, cookies, chocolates, frosting, and more. The game is targeted at a younger audience, with an original price of $2.99. The game is free to play for the next four days, so hurry up! If you liked the list of top temporarily free games on Play Store this week, then stay tuned as I post them on a weekly basis!