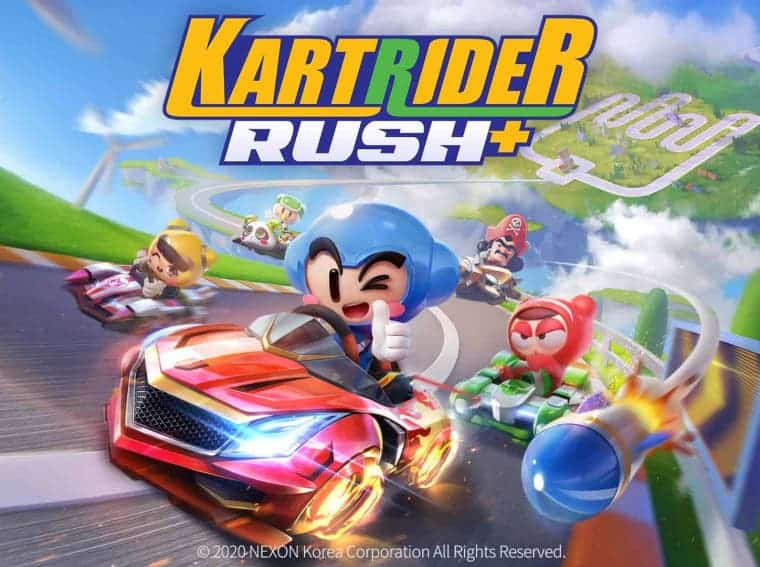 KartRider Rush+ is a new interesting game that closely resembles Nintendo’s Mario Kart Tour. The game has been developed by Nexon Mobile and according to a recent report already amassed 10 million downloads in its first two weeks on Google Play Store. That’s an impressive amount and we can already consider the game a hit. If you’re a fan of the genre, you will absolutely enjoy KartRider Rush+ especially if you’re not so happy with Nintendo’s offering.

The game is part of a franchise and has been reviewed positively since it went live a fortnight ago. It currently has more than 80,000 users in Android who have given an average rating of just under four stars. The professional media, in counterpart, has been more kind to the new game. If you’re familiar with the genre there aren’t many surprises here. You’ll be racing around tracks in a selection of go-karts against up to seven human or AI opponents. The game includes a massive amount of different modes. Moreover, there’s a campaign that according to the studio will immerse you even more in the KartRider world.

Among the best modes, we have a good and old-styled Arcade mode, Speed Race, and Ranked Mode. The latter is good if you have a competitive spirit. The more you play, better you will become. Consequently, you’ll be facing only the best of the best. Last but not least, we have the time trial mode. As the name suggests, it’s you trying to defeat the clock.

There are over 45 tracks in the game. You seem exotic places and even London! The best part is that you download it right now for free! If you’re a fan of the genre, don’t miss the opportunity and give a try.