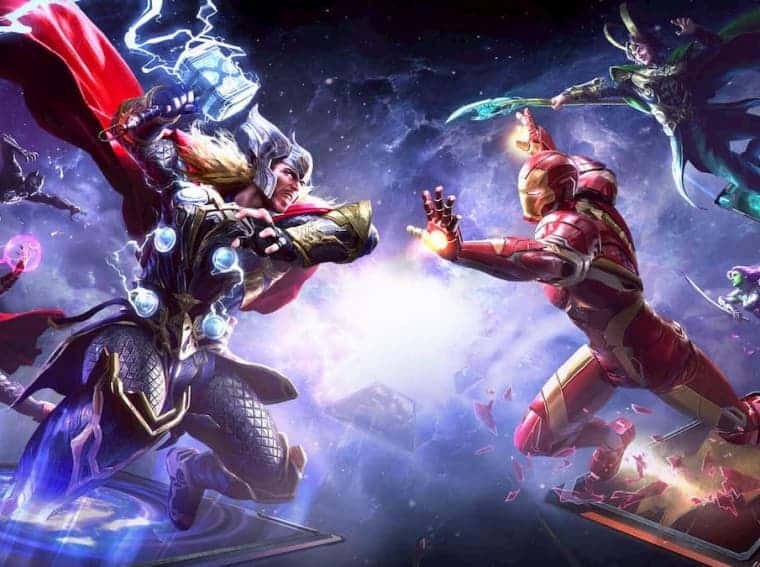 Earlier this year, a new game was revealed by NetEase named MARVEL Duel and was available as a closed beta for Thailand and Phillippines. Now the game is open for pre-registration for selected countries. If you’re living in Thailand, Indonesia, the Philippines, or Malaysia, then you can pre-register for the game on iOS and Android before it’s launch on 31st July. Let’s see what the MARVEL Duel is all about and if NetEase is able to make the card battler worth downloading or not. In the game, a mysterious evil force has altered the most iconic events of Marvel history. And it is now your duty to restore the universe. For defeating the evil force, you have to assemble the best deck consisting of Super Heroes and Super-Villains. You will be going through all the iconic events like Civil War and Infinity War, however, be ready for unexpected plots and twists. For spicing up the gameplay, there are 3D cinematic visual effects so that the card battler doesn’t become dull. And the developers don’t want you to get bored hence they have a huge amount of characters to collect. 150 characters are available for collection and upgrade. You can even get different Iron Man Armors, Spider-Man from different universes. The fast-paced strategy card game also allows you to customize your own deck. You can pair Iron Man with Thanos, or let Thor fight alongside Loki. Hence, the game gives you a full experience of MARVEL characters with striking in-game graphics. This is not the first MARVEL game from NetEase. Another title called MARVEL Super War is at #7 Strategy Games in Apple App Store.

Marvel universe is in your hands! Talking about MARVEL Duel, it is looking like a good attempt on a card battler. We have a huge collection of characters as well as iconic events. And don’t forget the immersive gameplay from NetEase. The game is now available on pre-registration in Thailand, Indonesia, the Philippines, and Malaysia. If you live in the following countries, then you can pre-order now to receive 10 General Expansion Packs in the game. However, there is no word at the global launch of the game.