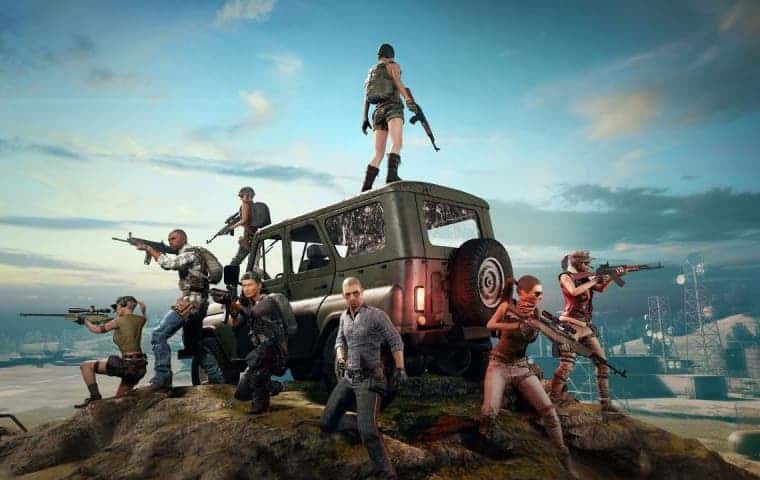 An all new battleground shooter by Super Evil Megacorp, the developers behind Vainglory is making its way. It is the second title of the developer and focuses on providing an rich combat experience. The all new multiplayer system of Catalyst Black is unlike any majority of the games as of now plus everything from the graphics, to the gameplay seems like a delight. 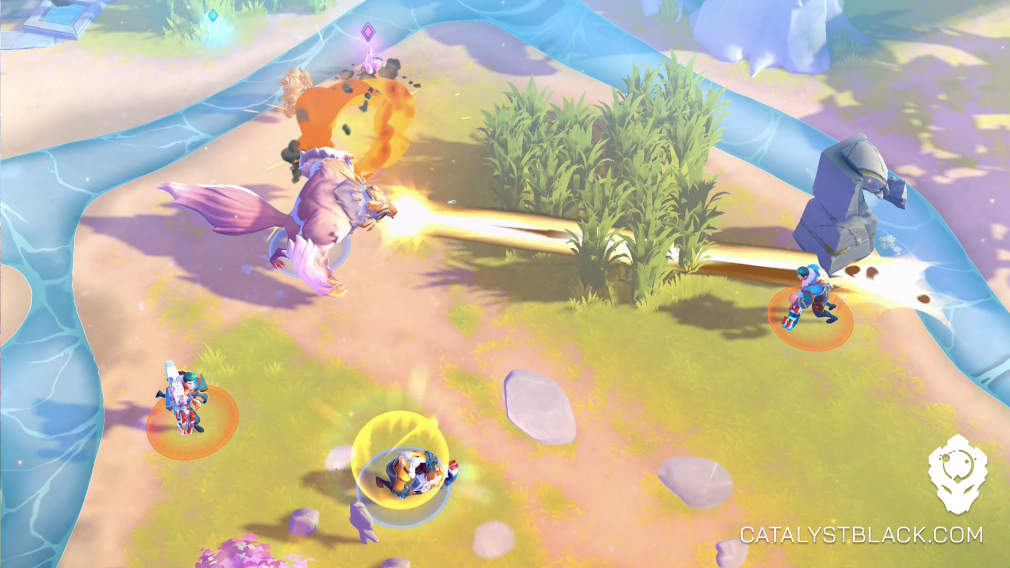 Catyalyst Black is all about large matches, featuring up to 10 players in a single team. The gameplay is a blend of combat and strategy where the goal is to take down roaming monsters or taking the courage and capture the enemy flag. The game aims at providing an enrich experience to the user. Meaning, the game allows you to experiment and choose your own strategy. With the combos of customisable gear, weapons, and abilities, the game has a lot to explore. The game also has special masks which gives you super powers.

No Waiting, Just drop in

And as mentioned in the beginning of the article, the thing which makes this game different from others is the multiplayer. The developers has opted for a drop-in, drop-out method for the multiplayer. Meaning you will not have to wait for your friend to finish their game, you will be able to join their game whenever you want. Or if you are a solo, you can join exisiting matches. As a result, there will be comparitvely less matchmaking and waiting times, which overall enriches the experience. 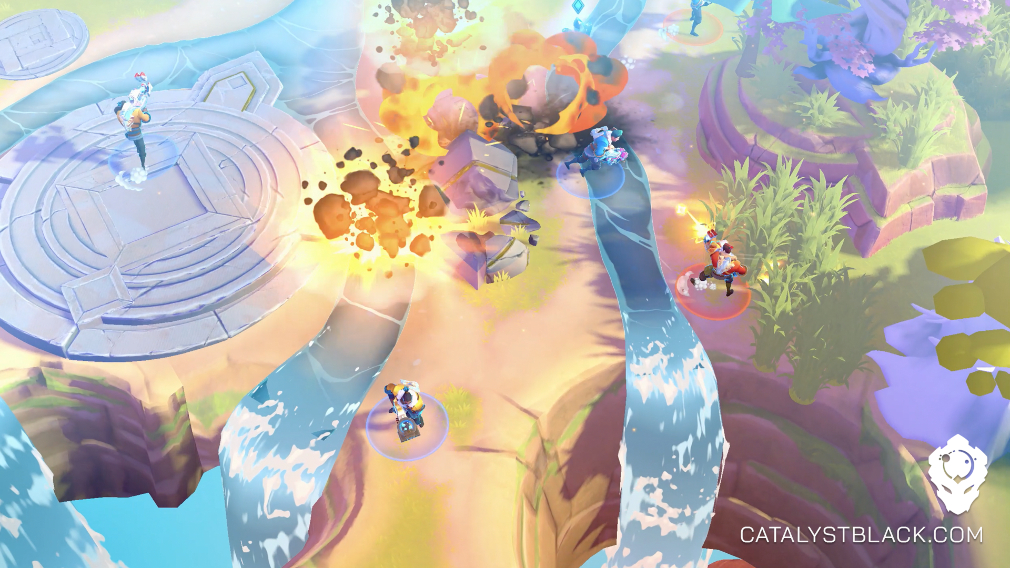 An amazing touch of visuals and environments serve as topping in the already perfect delight. From the gameplay pictures, the animation of the game looks stunning. This is achieved by the console-grade E.V.I.L. game engine. Thanks to it, we can expect the developers to expand the game to other platforms as well. The game engine also makes the title cross-platform ready and controller supported.

Read Also  Hitman 3 has been replaced by world of assassination

The title is set to release for Andrioid & iOS devices, although we do not have a release date yet. Itis currently is in early access for a selected number of people only. You may check out more information on Catalyst Black’s official website.