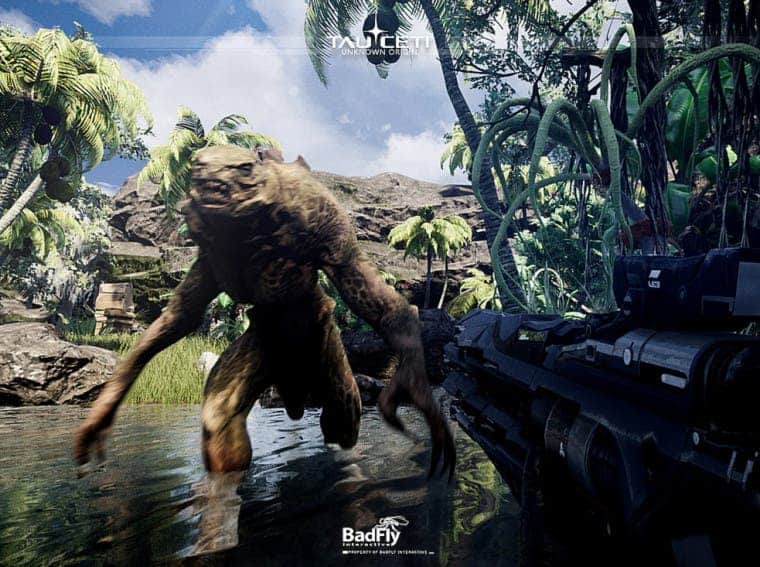 Dead Effect developer BadFly Interactive has just published a tech demo / benchmark of its new sci-fi cooperative FPS, TauCeti Unknown Origin. The game takes you to a mortal world in the jungle, full of horrible creatures that want to sacrifice your character to the gods.  Unfortunately, this isn’t the actual launch of the game. This is just a “technical demo” to find out which devices will be compatible with the game and to demonstrate the game’s technology.

From tropical forests and dangerous swamps to dry canyons, the game brings a varied and visually stunning location. Along the way, you will search for traces of an ancient civilization, explore mysterious temples and learn to survive in this most inhospitable world. Fortunately, you will have a hoverbike and futuristic weapons to deal with the situation.

According to BadFly Interactive, TauCeti Unknown Origin will be the spiritual successor to Dead Effect. More than that, the game wants to be a major departure from the Dead Effect. The studio is setting a new quality standard for its games.

Interestingly enough, the demo available today was shown for the first time at Game Access 2018. It even won the People’s Choice award. You can expect to see two playable levels in the current version, character creation, and full controller support. It’s important to note that this is still a demonstration. So don’t expect everything to be perfect here and you may find strange situations.

The demonstration aims to show exactly what is possible on modern mobile devices. Therefore, you will need a fairly decent device. If you want to experiment with the game, the Google Play store page mentions that high-end devices with 3 GB of RAM and a “fast GPU” are necessary.

TauCeti will be released for Android, iOS, PC, and even Consoles in the future.