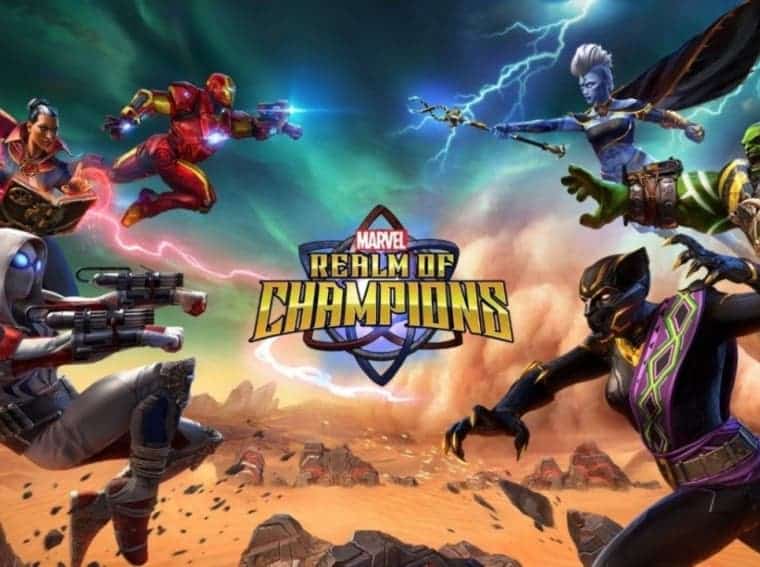 With the arrival of Avengers for home consoles, the mobile players will not be left without a proper game starring Marvel characters. Today, Marvel Realm of Champions was finally presented in a trailer with gameplay. Interestingly enough, the game carries a “real-time RPG” rating, however, what we see through the video looks more like a MOBA or Brawler game. The new game features a broad set of customizations and stunning graphics. The game will reach Android and iOS and you can register to get a notification once that the game becomes released.

As aforementioned, the Marvel Realm of Champions will introduce a big set of Marvel characters with unique visuals and alternate versions as well. Users can enjoy the game in 3 v 3 combat sessions and the multiplayer element will play a big role in the game.

The game is up for pre-registration

The company has set up a pre-registration website. Players can sign up and also get some advantages when the game is released. The Hotsite also has links to the official Marvel Realm of Champions social networks to keep up with all the news. The game is being developed by Kabam which is not a big surprise. The partnership between Marvel and Kabam started way back in 2014 when the studio brought Marvel Contest of Champions. This title is a fighting game and still remains popular even today. The new title may be considered a spiritual successor.

Marvel Realm of Champions will be released by the end of 2020. It will be free to play on Android and iOS. We hope that this game isn’t a pay to win, but you can expect some in-app purchases here and there. After all, the game has a huge set of customizations. We believe that there will be a lot of skins for purchase.

Besides the Realm of Champions, Marvel also has three more games for 2020 and 2021. They are namely Marvel Duel, Marvel Super War, and Marvel Future Revolution.