Stilstand is an upcoming game for mobile devices that is brought by the work of a graphic novel artist Ida Hartmann and Niila Games. Stilstand is not your ordinary game, it is an interactive novel. The novel artist chooses a dark plot for this novel. You might be able to relate to it since it is based on the problems and issues faced by the people in this modern age. 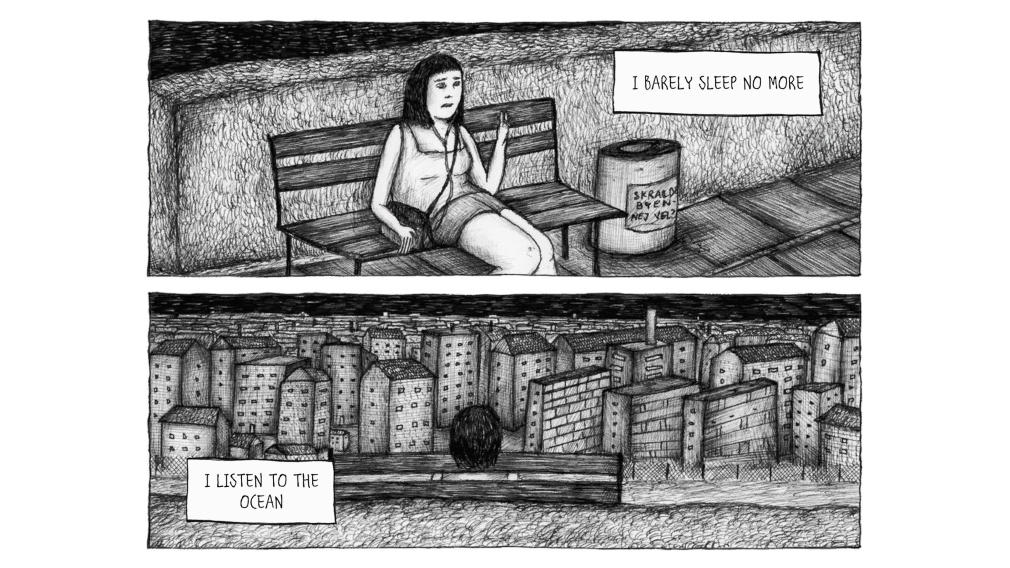 In Stilstand you will be playing as a character in a dark world. The hand-drawn comic will make you submerge deep in the story by Ida Hartmann. According to the developers, ‘the high expectations and fragile emotional life that many young people struggle with’. A person will always like a story that may relate to him. In this modern age, stress has increased quite a bit, and hence this story is touching and emotional.

Talking more about the story, you will be playing a young woman. The story takes during summer when the lady is feeling anxiety and loneliness. Moreover, there is a shadow monster that lives in her apartment. Now, this monster may seem odd in a story like this. But it makes sense since the shadow monster is a reflection of the issues.

To spice up the gameplay, there is a touch of everything in the game. Take love as an example. You’ll be sending messages, scrolling through social media in the game. You will get to explore more about the game as you flip through the comic pages. There will be mini-games side by side with the interactive novel. So far the game seems to have a perfect blend of the dark world and its problems.

It is a blend of an interesting story of a young woman, a monster, and more. More than the story, I think the art-style of the game is more important. The game features a black and white sketch style that matches the theme of the novel. If you like the game so far, then you have to wait a bit more as the game goes live on 27th August. You’ll be able to get the game on both the popular app stores: Google Play Store & Apple App Store. Unfortunately, there are no words if it will be a premium game or not.