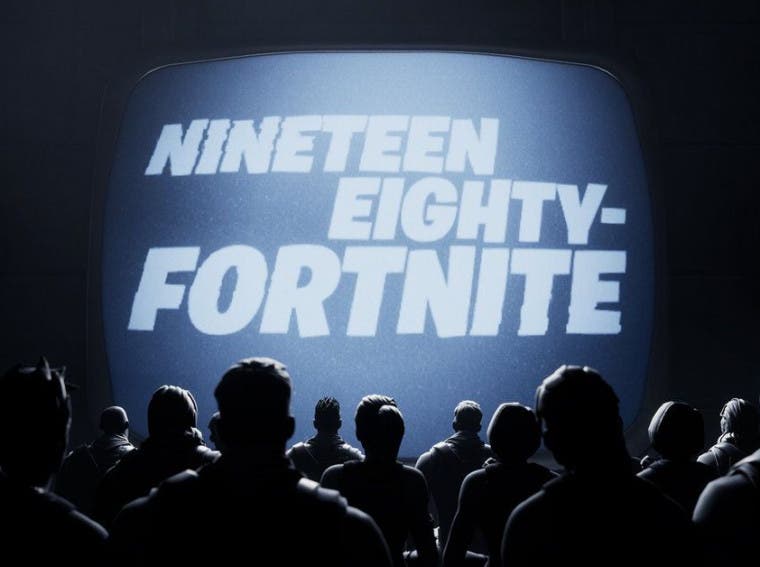 We’re having a quite hectic day for Apple enthusiasts and all the fans of Epic’s Battle-Royale. Earlier today, Epic Games, the giant of games and publisher of Fortnite has made a joke to criticize Apple’s profit margins on every sale on the App Store. The company made a video parody to the infamous 1984 TV Commercial that introduced the Macintosh. As you may expect, the result was not very positive for Epic, since Apple decided to ban Fortnite from the app store. You can check the video below and take your conclusions on whether Epic has been offensive or not.

However, this wasn’t the only reason behind Apple’s decision. Epic Games has been confronting the Cupertino giant for quite some time. The publisher often criticizes Apple about its profit margins on the App Store. According to Epic, the margins are beyond abusive. Epic even showed how prices would look without Apple’s intervention. In other words, customers would be able to save about 30 percent for every purchase made on the in-game’s store.

On Twitter, Epic Games creator and CEO TIM Sweeney has been much less friendly and has gone on the attack. He calls Apple Monopoly, anti-competitive, and worse.

“Apple’s intentional anti-competitive strategy has been running for much longer than most realize. Here they are in 2011 muscling Kindle purchases off of iPhone by demanding 30% of e-book revenue, “which we acknowledge is prohibitive for many things”.

The company is ready to solve this case in court. However, if Apple owns the rights of the App Store it can simply determine which apps it will provide through its store.

We’ll probably hear a lot about this case in the coming weeks, so stay tuned. Unlike on Android, iPhone users can install applications from third-party sources. In other words, iOS and iPadOS are prevented from downloading Fortnite for the time being.