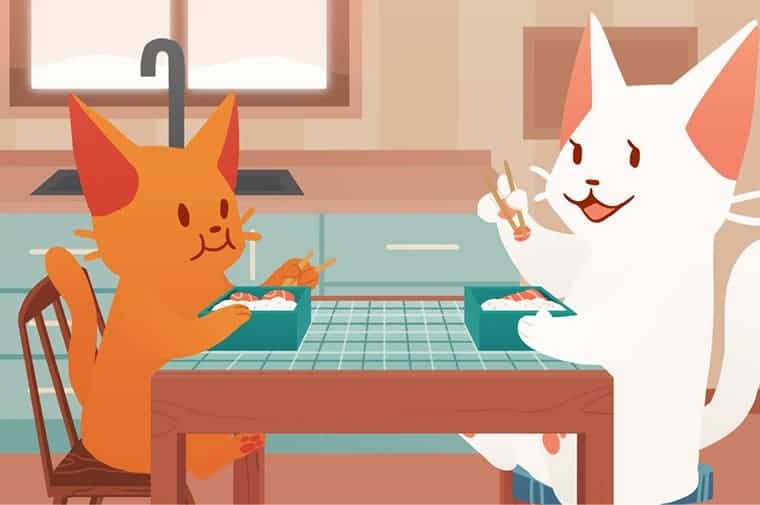 By the developers of “Afterburn” studios a game with about 4.7 Ratings on Google Play Store and a huge amount of positive comments named “Inbento”. It was discounted with 33% off making its price to $1.99. But now the price is back to normal. However, the original price is still not a bad deal which is $2.99. Let’s see what “Inbento” is all-about.

The mind-blowing game “Golf Peaks” is also developed by the same studio. Many of you know this game already, Inbento is the same as Golf Peaks. The cartoon visuals and simple yet engaging puzzle mechanic. In short, there is a cute cat who is arranging all the orders. its a puzzle game in which we have to rearrange the food stored in a box. Same as the picture shown on the side of the screen. The food which we have to arrange is sushi. There are many levels of the game and the developers are still developing new stages. According to the studio, in the future, we are going to see a lot of things in this game.

The best thing about the game: you are donating to Animal Rescue Polska foundation! The good thing about this game is you feeding the cat. Now you’re thinking it’s just a game but here’s the thing you’re feeding a real Cat. Studios claim that they will give 1% of their proceeds to the animal rescue foundation in Poland. Through this, you’re helping a real kitten.

Currently, there are more than 120 puzzle campaigns to grow your kitten. The owner of this kitten packs food for the kitten daily morning. Our aim is just to rearrange that food in the shape which is given.

The game often goes on sale. And we will keep you updated whenever the title is on sale again. It isn’t much popular on Play Store, and this might be the reason behind discounted rates. Good thing is that there aren’t annoying ads in the game.  You can grab it now for $2.99 or wait until it gets on sale on Google Play Store.