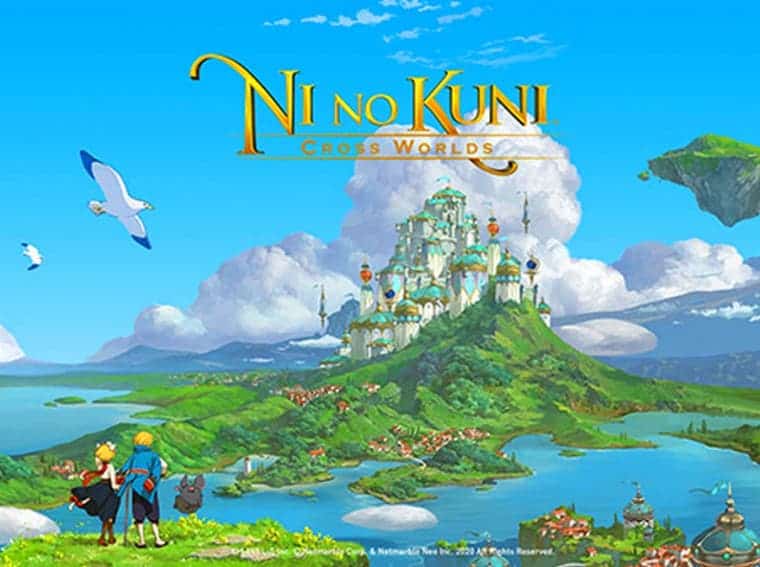 Ni No Kuni the popular Level-5’s franchise for PlayStation and PCs is about to enter the smartphone market with Ni No Kuni Cross Worlds. The game is an MMORPG that will reach Android and iOS devices later this year. Unfortunately, there still no release date for the West, but today we’re getting a new trailer that confirms that Level-5 is still working on the project.

Netmarble and Level-5 teamed up to create an MMORPG set in the Ni No Kuni universe. The franchise that originated on the Nintendo DS and PlayStation 3, already has two big games – Ni No Kuni: Wrath of the White Witch and the Revenant Kingdom.

Ni No Kuni Cross Worlds brings beautiful visuals thanks to the series very characteristic artwork based on Studio Ghibli’s work. The new trailer reaffirms the visual quality of the game and makes us think that it will come to compete directly with Genshin Impact. It remains to be seen now how the combat system will be and if the game will really be an “Open World” based game.

A visually-stunning adventure set in Ni No Kuni’s Universe

Apparently, Cross Worlds seems to take place within a virtual reality world. Your main objective is to build its own city more or less as in Ni No Kuni II: Revenant Kingdom. Similar to the sequence, Cross Worlds combat abandons turn battles from the first game. Apparently, we’ll have real-time hack ‘n” slash battles.

The game will allow you to choose five different classes. It includes Witch, Swordsman, Rogue, Engineer, and Destroyer. Moreover, players will have more than 100 family members to collect as they go. It’s a reminiscent feature of the original Ni No Kuni and is very Pokemon-esque. Familiar Members are cute creatures that can help you in battles.

The official website of the game is already available for pre-registration. However, it can only be done for players in Japan. You can see how the gameplay will be like via the video below.