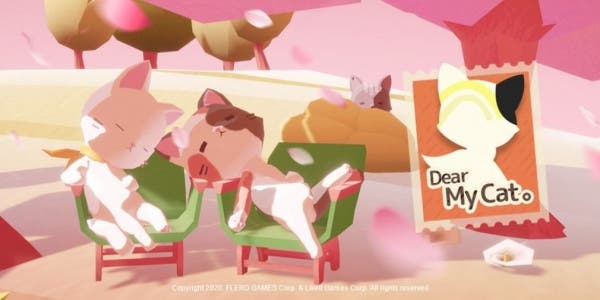 “Dear My Cat” Now Open For Pre-Registration On Play Store

A game by the developers of “Like it Games” named “Dear My Cat” is now open for pre-registration. The CEO of Flero Games “Ho-Dae Lee” announced the pre-registration of the game. The game is about cats. All we do is to observe them. We can communicate with cats. The cats are traveling to a beautiful sky island. There are a lot of cats on a sky island. Cats grew up on that land and returned when their work has done. The features of the game are not too good, but the presentation of the game is very well. The graphics and animations have their own special place. The graphics are as much enhanced that it is relaxing. The game “Dear My Cat” is the first title of Like it games and Flero Studio. This game is developed by using some special skills and knowledge of games developing. There are only two studios having this type of skill one is “Mafia Revenge” and the other one is “Got Gamers”. These two studios are known for their best art and skill of developing games. But now there are two more studios are here to give them a tough time. Like its game is known for its best graphics experience while Flero Games has a high understanding of global services.

The game for you to relax

The game “Dear My Cat” is specially made to relax you while playing. To release all your tensions and headache. The game will give you a super chill with some special relaxing music. Executive Producer of Flero Games said “We’re excited for players to see the game soon and we hope that players everywhere will love Dear my Cat”

The Studios released a video teaser in which they show a cute cat on sky island sitting under a cherry blossom tree around a bonfire. They want to show us how they manage the fantasy world and reality both at once, in the trailer it looks good but in-game who its looks.  The game is available on Google’s Play Store and Apple’s App Store for pre-registration.