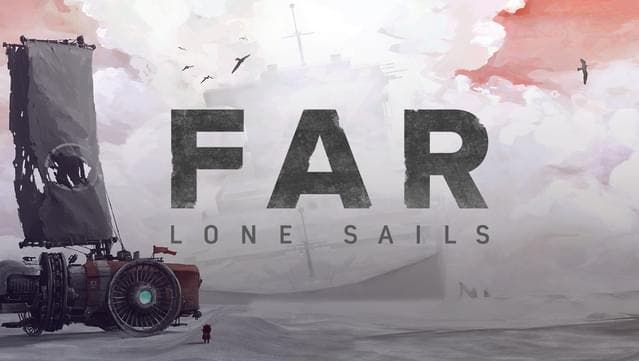 The Game FAR Lone Sails developed by the studios “Mixtvision Mediengesellschaft mbH” is going to release later this year. For now, the game is available for Pre-registration. Currently, they are releasing it only for android devices. But they did not clear any information about the release on IOS devices. This game is already available for PC and Consoles, and it is very famous on consoles.

This game was very famous when it was released. Because it was a project of a student in 2015. If you saw from the eyes of a student it was a perfect game the graphics and animation were also perfect. At that time the concept of the game was very extraordinary. But for now, there are a lot of games with the same as this concept. Now the developers are going to spread their business by releasing the game on Android devices. The story of the game is all about running. It involves moving from section to section, adding fuel to the boiler, pressing buttons, tinkering with the engine, repairing damage, putting out fires, and so on. there are a lot of things in the game. Like solving puzzles, upgrading your vehicles which will also give you rewards and many more things. If you talk about the changes in the game between PC, console, and Mobile there is no difference in storyline. But for mobile, the controls are designed better for better control. As you all know on PC you have a keyboard and can control everything very easily.

Also on the Nintendo Switch, you have physical buttons. But a lot of games did not succeed because of controls. The developers of the game claimed that they have designed very comfortable and easy to use controllers for the better game experience. Wondering about the release date FAR Lone Sails? Well, The game is now open for Pre-registration on Google Play Store. Or you may head over to your PC or gaming console to play it now. We have no clue if the game will make its way to iOS.