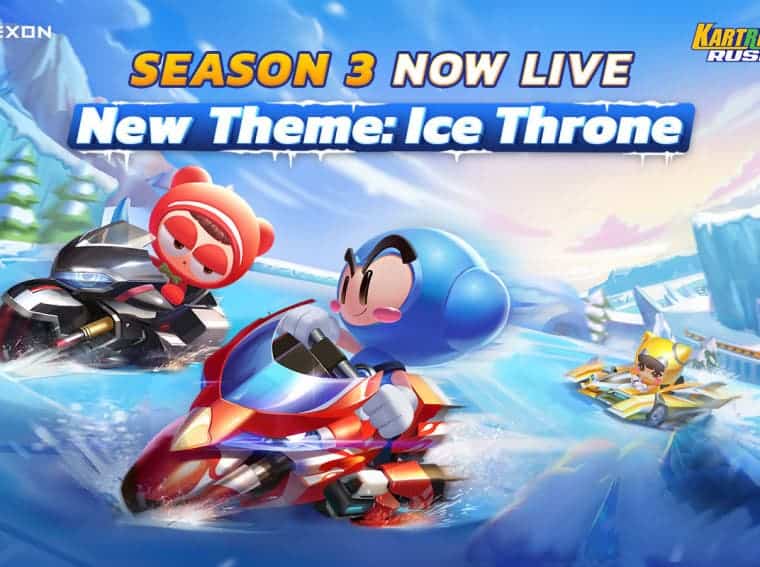 The new season of KartRider Rush+ is here. The developers of the game named “NEXON” just launched a new update of the game. They introduced Season 3 for the game. Not only map but there are more new features, karts, characters, and a whole new mode called championship mode. In this update, a new Championship Mode is here. This mode is not forever, it’s only for a limited time period. For fans, they actually mentioned the last date when the championship mode is going to end. You can play this mode from 10th September to 22nd September. In the champion mode, the players can play multiplayer. This is a new thing in KartRider Rush+. You can play 4v4 in a multiplayer game The advantage of this mode is you can win more prizes as compared to local levels.

Yes, there is a touch of Mario Kart New update means new features. And how can the devs miss on another crazy map? This time, It is a winter map. The theme of the map is local as every game has. The graphics are well created, the animation has sharp edges which gives it a cartoon-y effect. There are new karts added in the game in which white knight, iceball, Emperor’s new car, and many more things.

KartRider Rush+ has also received a number of tweaks. For instance, BFFs with a bond of 500 or more can now team up to become soulmates, earning special rewards for completing quests together.