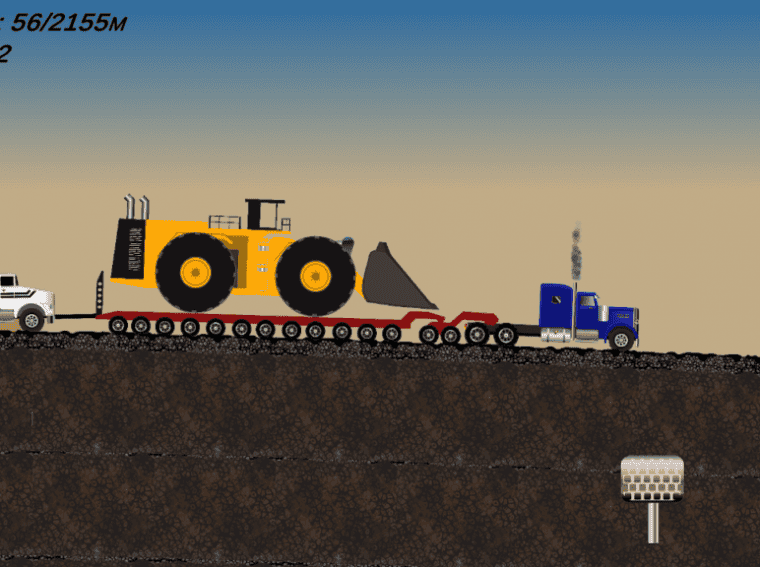 WheelieHaul is a new game for mobile devices launched recently. It is now available on Android devices, yes only for android devices not for iOS. And there is no news about releasing it on iOS devices. The game is free to play. The gameplay is a simulation of the trucks so it falls into the casual category. WheelieHaul is not story-based. But the content of the game is not boring or bad. In the game, you are just driving a truck. It seems very simple but it is not. You have a responsibility, you have a huge payload on back. If you compare it to other games it is the most difficult climbing game. But if you want to cruise there is the mode, in which you just curse in front of flats.

Some people didn’t like the concept of the game. In some articles, they said the games are made for mind exercise but in this game, you are just holding a button. Yes, your right games are made to practice your mind. But some need to relax your game too. I mean the category of the game is casual so what do you expect? There is also mind exercise in the game it seems you taking control of a truck and heading up from steep. There is a lot going on in the game also you are going to need to think carefully about how to approach each and every ascent. The presentation of the game is very simple as it is a free game. There are some app-purchase things but it is what it is. There are some hurdles between you and your goal. Muddy puddles, rickety bridges, and even propeller-powered boats are here to disturb you.

Now available on the Play Store! This summarizes the game. A great simulation game and it delivers what you expect from a simulation game. The fans of the truck driving simulation are definitely going to love this game. As you know the game is free and only available on Google Play Store.