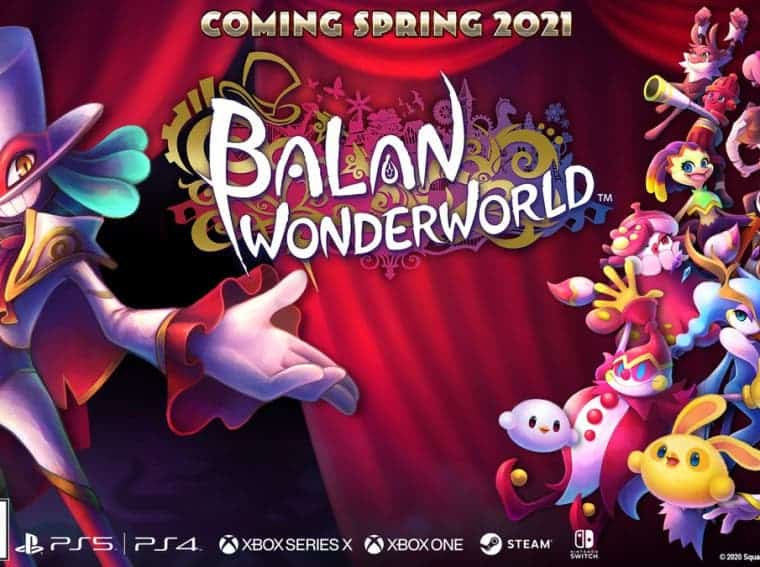 Square Enix is now working on yet another title under its belt and this time it is called Balan Wonderworld. Sounds familiar? the title is being developed in collaboration with Balan Company. The game aims to bring thee wondrous action platformer themed around Balan Theatre to the players. Led by Balan, the stars of the show Emma and Leo have to use special abilities throughout their adventure in the bizarre land of Wonderworld. According to the game description, the things that people hold dear mixes up with the real world in the sweet land of Wonderworld.

The title consists of 12 different tales bringing unique quirks and experiences to the table. Throughout each tale, the player will come across with myriad of tricks and traps. Solving them will allow you to get to the heart of the story. Square Enix has already announced the game at the recently held Nintendo Partner Showcase. It is also worth noting that this game is created by Yuji Naka and Naoto Ohshima. Both of them are very well known for creating Sonic the Hedgehog and in fact, are known as Sonic Creators.

Balan Wonderworld to hit the stores next year!

During the Partner Showcase, Square Enix also revealed the launch date of its new Balan Wonderworld game. It looks like the title will release on the Switch console on March 26th next year. There is no word on the pricing at the time of writing this. We are expecting more information along with more gameplay to come forward throughout the year. Till then, you can enjoy the announcement trailer that is linked down below.