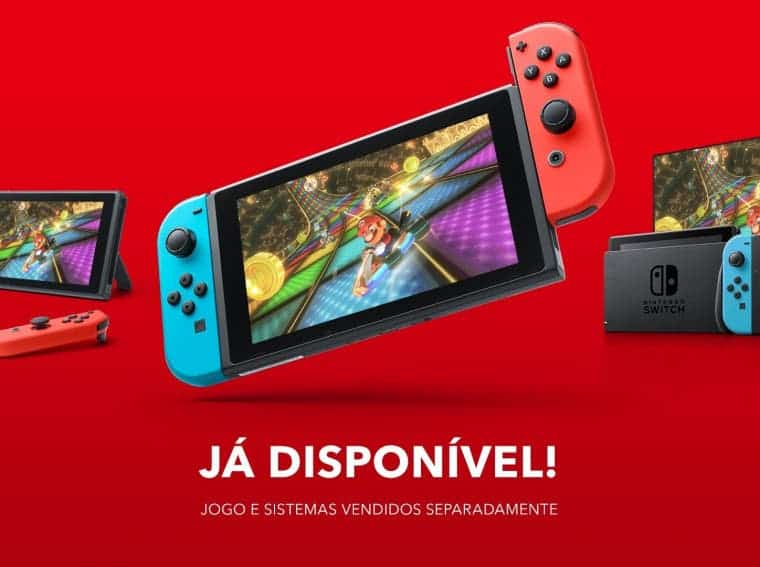 Back in March 2017, Nintendo brought the world its popular handheld console called Nintendo Switch. The console received so much popularity that the company ended up launching a Lite version as well in 2019. The hybrid Switch consoles are already available on all major markets such as the US, Europe, Japan, and more.

Nintendo launches Switch consoles in Brazil along with accessories!

Well, the company has now expanded its market and has now launched its popular hybrid consoles in Brazil. Nintendo has now just brought the console to the country but all its popular games and accessories. We’re talking about add-ons such as Pro Controller. All the Switch and Switch-related products are now available via various retailers in Brazil.

The device will come in the usual color options namely Grey and Neon Red/Neon Blue. It comes with a retail price of R$ 2.999,0. Interested buyers should get their hands on one from places such as Lojas Americanas, Magazine Luiza. If you prefer online shopping, then you can check online stores such as Americanas, Magazineluiza, and Submarino.

As mentioned earlier, Nintendo has also brought more than 100 games to the country-specific official eShop store. We’re looking at titles such as The Legend of Zelda: Breath of the Wild, Mario Kart 8 Deluxe, Super Mario Odyssey, Super Smash Bros, Animal Crossing: New Horizons, and much more. Apart from the company’s own titles, there is a bunch of indie and third-party offerings available as well.

With that said, more titles will soon join the suit in the coming months. Living in Brazil? Are you excited about the new Switch consoles launch? Let us know in the comments down below.