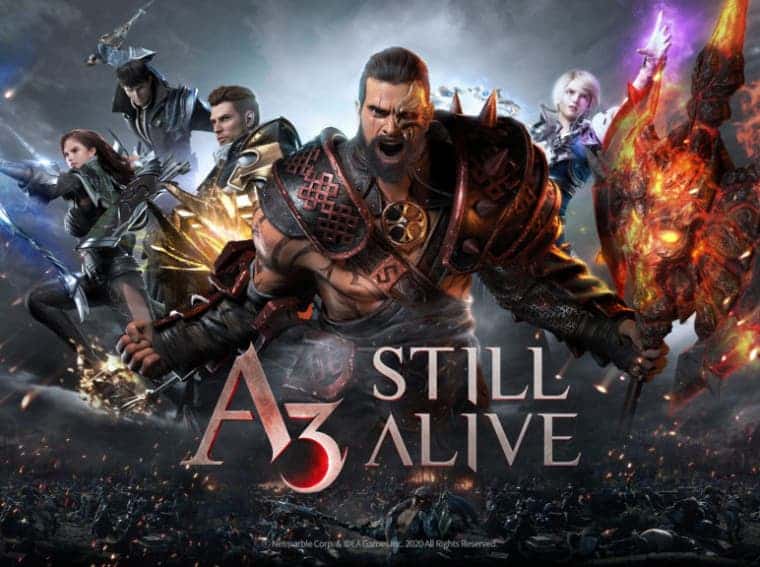 A3: Still Alive coming for Android and iOS

Netmarble may be busy working with Level-5 to bring Ni No Kuni: Cross Worlds MMO RPG to live. However, the studio still has enough time to bring a popular open-world RPG to the mobile scene. The studio announced that A3: Still Alive will come to iOS and Android for the rest of the world. The game is available to pre-register now on both platforms. Worth noting that the App Store listing suggests a release date of November 30th. The game can be released before that timeline.

A dark-fantasy RPG game with fun and intense combat

A3: Still Alive is based on a South-Korean PC game, that brings the atmosphere of open-world RPGs with the same level of combat experienced on battle royale games. In other words, PvP will always be active, so everyone can be your potential enemy. The game takes clear inspiration from dark fantasy titles like Lineage and even brings some post-apocalyptical elements to the table. In the essence, it still has medieval roots with magic and swords. The combat brings some interesting elements found on overall hack ‘n’ slash games. There are multiple equipment to find and equip and a set of abilities to unlock.

Netmarble revealed that players will be able to enjoy distinct gameplay modes. They will be able to test their skills in PvP and PvE models. To attract players and build the hype for the launch, the studio is running a pre-registration campaign. It will reward early birds with a variety of items depending on which milestones are hit. You can check each milestone below:

The game is already open on Android and App Store. It will be free to play, but you can expect some in-app purchases here and there.