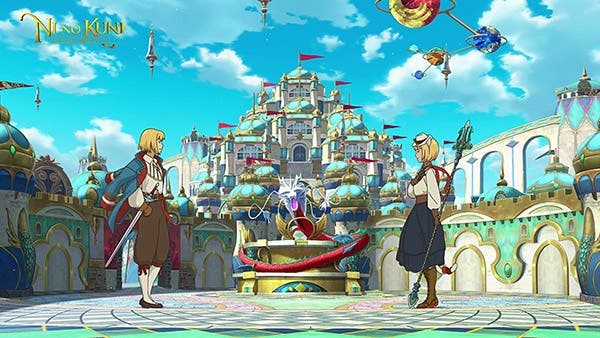 Ni No Kuni Mobile gets 48 minutes trailer at TGS

Level-5’s Ni No Kuni franchise started a couple of years ago with the introduction of the original game for Nintendo DS and a high-quality version for the PlayStation 3. Since then, it amassed a huge amount of fans across the world due to the fun gameplay, epic story, and unique art-style thanks to a collaboration with Studios Ghibli. The game won a sequel on PlayStation 4 and PC two years ago and now is making way to mobile devices through Ni No Kuni: Cross Worlds.

Ni No Kuni Cross Worlds is an MMORPG scheduled for 2020 in Japan. The game is on development for Android and iOS devices and promises to transport smartphones all the charm and magic of the two games released on consoles and PC. The game is being developed by Level 5 in collaboration with Netmarble. Today, during its conference at Tokyo Game Show 2020, Level-5 revealed a 48-minute teaser. Through this video, we can spot a set of mechanics and gameplay features coming directly from the second game. Of course, some elements represent an evolution.

Another interesting fact is as we can see, the aesthetics and Ghibli-like art style have been preserved. The new MMORPG will offer a rich experience allowing users to complete missions with other players. The Kingdom Build system from NNK II will be there as well. You can use the rewards earned from the missions. It takes some of the core elements of NNK II and transports it to mobile devices while expands the experience to multiplayer.

The game should reach smartphones in Japan sometime in the Q4 2020. Unfortunately, we don’t expect a Western release until 2021.