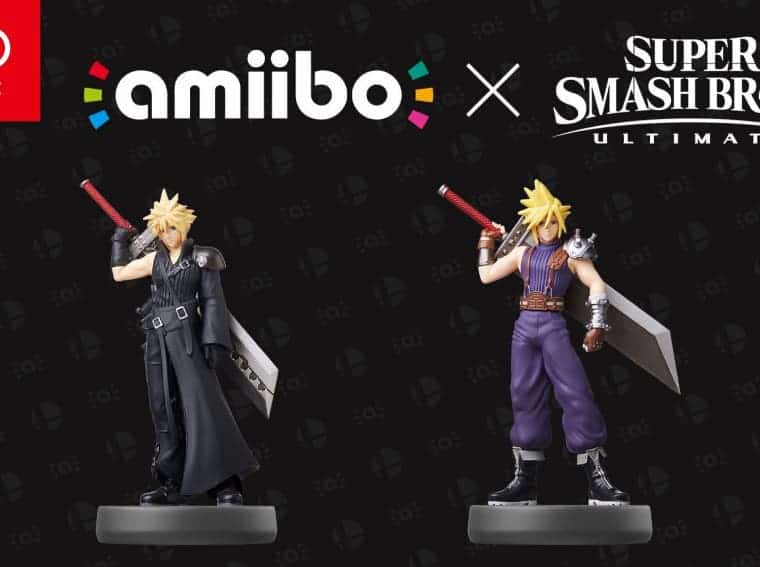 When it comes to amiibo, Cloud, and Cloud (Player 2) has to be one of the hardest to find ones on the planet. Both the amiibos are in so demand, that it sold out the first time and since then, Nintendo didn’t restock it. While many were still able to get their hands on but at higher price tags via third-party sellers. After tons of requests from the community, Nintendo has now brought back both of the amiibos to its official UK store.

While the amiibos are back in stock, the best part is the fact that they are available at the same old price tag of EUR 10.99. For those who’re unaware, Cloud is a playable character in Super Smash Bros Ultimate. You will see the Cloud holding an enormous Buster Sword which was a memento given from his comrade Zack. For those who’re unaware of amiibos, they are toys-to-life platform launched by Nintendo way back in 2014.

These amiibos supports wireless communications and storage protocol allowing users to connect their figurines to their Wii U, 3DS, or Switch handheld consoles. In order to connect, all you need to do is tap them to the NFC touchpoint on your handheld consoles.

With that said, if you were waiting for these two to come back in stock, then they are finally here and you can now go ahead and buy them. It is worth noting that the Nintendo UK store charges EUR 1.99 for delivery if the total amount is below EUR 20. Apart from Cloud, there are various other Super Smash Bros series amiibo up for grabs on the store. We’re talking about characters such as Richter, Chrom, Ivysaur, Squirtle, Daisy, Ryu, and more.