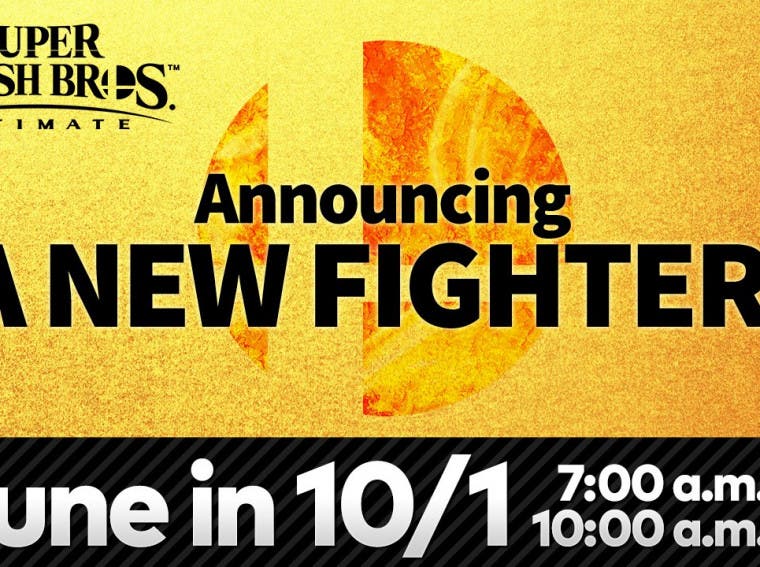 Super Smash Bros Ultimate is one of the popular games from Nintendo and Bandai Namco. The title was first released in 2018 and since then has managed to become one of the popular on the Switch consoles. In fact, their amiibo sold out quite easily especially the Cloud ones. Speaking of amiibos, they are currently in stock and you can find more about it right here.

Well, Nintendo will soon launch a new DLC pack for the Super Smash Bros Ultimate bringing several new additions including a new fighter. Since the announcement of the new fighter, the community has been playing guess games. Well, Nintendo will finally unveil the DLC fighter tomorrow i.e. October 1st at 7 am PT. As expected, there is going to be a video presentation of 3 minutes that will introduce the character. The video will also reveal the character’s abilities along with a few special skills.

The next #SmashBrosUltimate DLC fighter will be revealed tomorrow at 7am PT! The video presentation will be roughly 3 minutes long, followed by a brief message from Director Masahiro Sakurai. Tune-in here tomorrow: https://t.co/7RL5x0EEVI pic.twitter.com/Fqmw03axMv

Sadly, there is no information on who this next DLC character can be. There have been no leaks and rumors on the subject. With that said, the reveal is only a few hours away and you might be as excited as we are here at MobiGaming for the same. If you’re unable to view the presentation live, no worries since we will definitely be talking about the character right here.

Till the official reveal, you can keep the guessing game alive down in the comments. Let us know who you think the new DLC fighter is going to be.