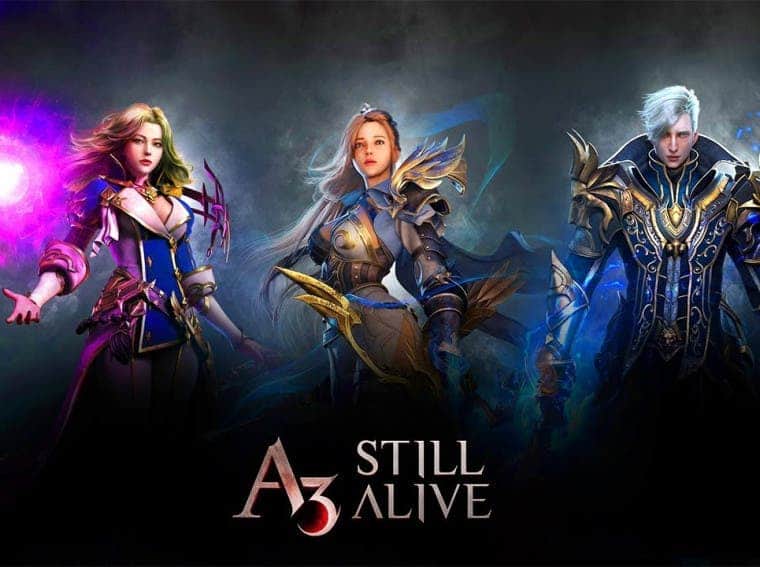 Last month, popular gaming studio, NetMarble announced their upcoming game called the “A3: Still Alive.” Now they have revealed the release date for the game as well as an event called Character Name Reservation Event. The game was first available for the South Korean market and thanks to its massive success, it will be hitting Android and iOS markets early next month. First, let’s talk about the character name reservation event. The event is held to celebrate the game’s launch. Developers will be giving away a lot of in-game goodies during this event. The event will be limited to the first 10,000 people only. To enter, you will have to give your character name to get a chance to win. You can do it instantly by going to the official website of the game. You must be thinking about the goodies that one will get. It will be in the form of an A3 Radienne Vanguard Coupon from which you will get items worth $100 in-game. So let me just give you the detail of all below. Apart from this event, A3: Still Alive looks like a capable RPG game. The plot takes place in a dark fantasy open-world. What excites me is the addition of the Battle Royale genre to RPG. There are different modes in the game, all giving a touch of the Battle Royale genre. For example, in the Dark Presence mode, there are two teams with 50 players each. To spice it up, your teammates can become enemies at any time.

Whereas, the standard Battle Royale mode has 30 players where only one will survive. The open-world is massive with different regions including snowfields, deserts, forests, and more. And since it is an RPG game, you get 5 different classes with different play styles. If that doesn’t excite you, then I don’t know what will. The game is available for pre-registration on Play Store and Apple App Store. It will be launched on November 10th.

Read Also: Marvel Realm of Champions Is A 3V3 MOBA With A lot Of Features