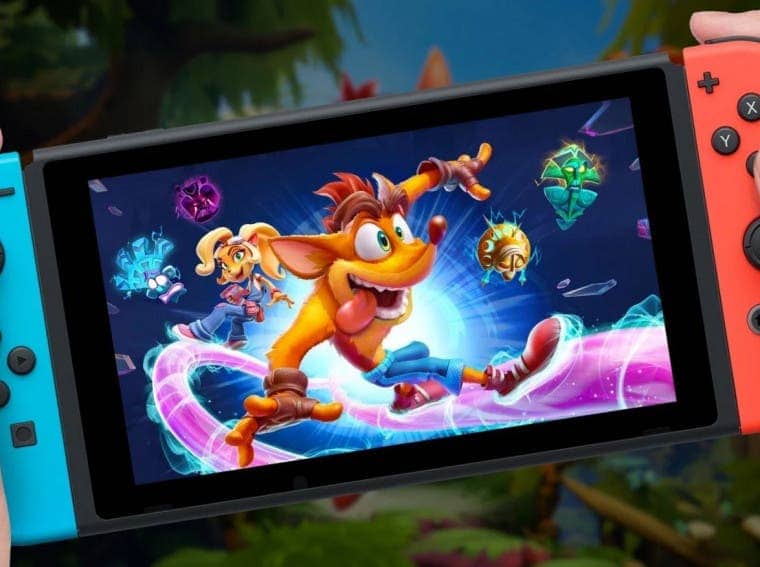 Developed by Toys for Bob and published by Activision, Crash Bandicoot 4: It’s About Time is a new title that was launched last month. The game is available on all the major platforms such as PlayStation 4, Xbox Series X, and Series S along with Xbox One. Sadly, the game did not make its way to Nintendo Switch. Well, it’s not like Activision does not want to bring the title to the hybrid console. The publisher has been considering the possibility for quite some time now.

Well, it looks like the game might arrive on Nintendo Switch sooner than we think. According to new development, a gamer has managed to find the reference to the Nintendo Switch profile in the game’s ini file. This is not the first time we’re hearing about the possibility of Crash Bandicoot 4 for Nintendo Switch. A couple of months ago, we found traces of the Nintendo Switch in the code of the official webpage of the title.

Coming back to the game’s INI file, there is a solid chance that this might be the leftover Unreal code. On the other hand, the phrase “Copied from Falcon” surfaced in the file. For those who’re unaware, this was the project name of Spyro Reignited Trilogy title. This means that the devs have borrowed some of the code from Spyro the Crash Bandicoot 4. If that’s the case, then we might indeed see the title arriving on Nintendo Switch consoles.

As of now, there is no official launch timeline of Crash Bandicoot 4 for Nintendo Switch. We’re expecting more information to surface on the web in the coming weeks or months.

Read Also  Wondering how to clean your Switch and Joy-Con? Nintendo has some tips for you!