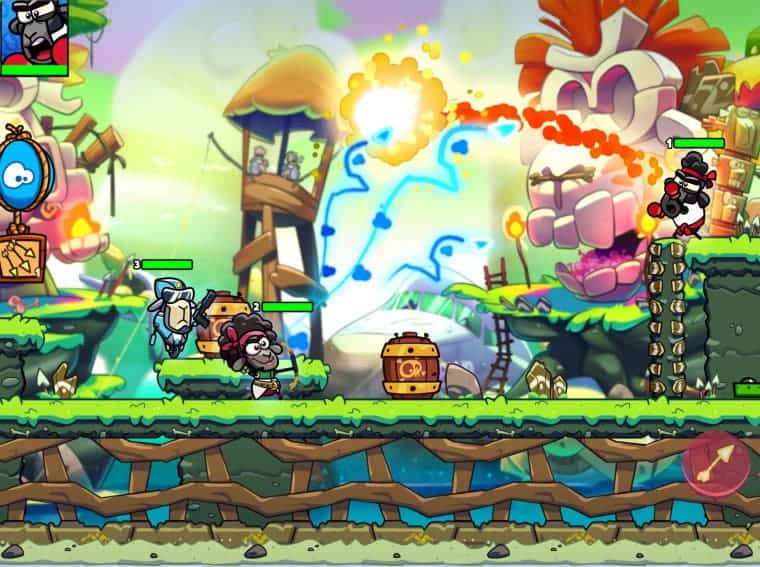 Sheep Squad Is An Action-Packed Multiplayer Game For Android & iOS

Sheep Squad is a brand new game developed by an indie developer called Pixel Squad. The game is an action-strategy game where sheep are not adorable and cute anymore. In this game, sheep are battle-hardened warriors. The action-packed multiplayer game is available on Google Play Store as-well-as Apple App Store. Let’s check out the complete details of the Sheep Squad below.

From cute sheep to battle-hardened warriors

There is a vast option of sheep characters. Each comes with its own unique characteristics and weapons. Then, you are put into an arena having traps. You will have to protect yourself from other players as well. The game is similar to Worms. You can create your own arena. You have a lot of options to put the number of rounds, difficulties, etc in your own custom arena. To spice things up, you can team up with your friends or random players. With them, you can participate in tournaments where there will be more activity. The game doesn’t revolve around just the idea of a custom arena. But the developers have given time to the fighting and turn-based multiplayer gameplay. There are different fighting styles you can opt for. From being a bow master or headshot legend, It all depends upon your own liking.

To not make things boring, the developers have added upgrade abilities. The game promises action. And apart from the action, the developers have given the final touch by adding a few more features. There are daily rewards and rare treasures. You can also capture skill shots that you can share with friends. And to celebrate victory, you can do a victory dance. That said, the game seems promising. Currently, on Play Store, the game is having a 4.7 rating out of just 30 people. The game is currently in early access, hence there might be bugs or glitches you may find in the game. You can tell the developers about the bugs. Let’s see how the game runs in the future. You can download the game now on Google Play Store and Apple App Store.