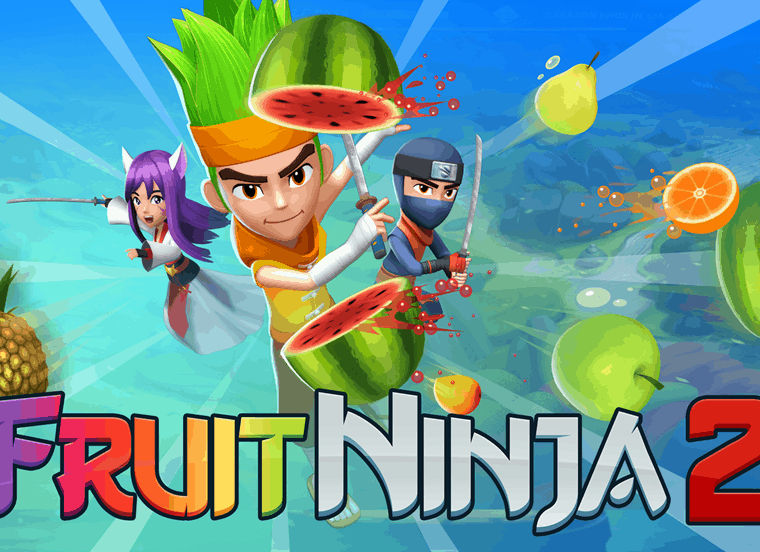 In the early smartphone years, Fruit Ninja was one of the most popular games. The game was launched in 2010, a decade ago. And now, it’s time for the developers to unveil the second generation of the game. Fruit Ninja 2 is now available globally. The game is developed by Halfbrick Studios and the game is available for both Android and iOS platforms.

First, let’s take a moment to recap about the original Fruit Ninja. Well, there are just two things needed to know about the game. First, you have to cut fruits. Second, you have to stay away from bombs. There were three popular modes in the game. It included Classic Mode in which you have to challenge yourself and see for how long you will be able to cut fruits. The second mode was Arcade Mode and then there was a Zen Mode.

And now, the Fruit Ninja 2 takes the same DNA from its elder brother. The idea behind the game is similar: Cut Fruits until you last. You are a ninja and you have to cut fruits, but what is new? Well, the game has now more features than before. To spice things you, the new game has mini-games and real-time competitive matches. Not only that, the game has a vast amount of characters and blades to choose from. The three original modes are still there including Arcade, Zen, or Classic. But now there is a Minigame Shuffle as well as a Fruitar Hero mode. To not make things boring, the game has different locations, each with their own visuals and soundtracks. The game also comes up with Farm where you can grow different fruits. Well, in a nutshell, it is an improved game. The good thing is that the new game keeps the originality. The game is new and that is why the reviews are not satisfying. Currently, the game is standing at 3.7 ratings with 887 votes on Play Store. You can play the game now for free on the App Store and Google Play Store. Let us know what are your thoughts on Fruit Ninja 2 in the comments section below.

Read Also:  My Memory Of Us Arrives On Apple App Store