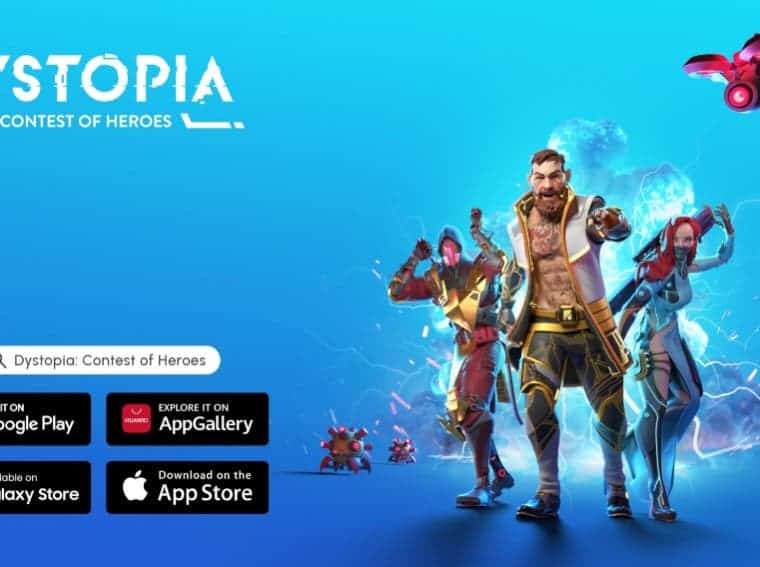 Apparently, more and more stars are trying their best to enter the world of mobile games. Well, Dystopia: Contest of Heros is arriving as a new strategy game from Beetroot Labs made for iOS and Android. What this game has that is so special? Well, the game is starring the UFC legend, Conor McGregor.

Apparently, Beetroot Labs teamed up with the mixed martial artist in the hopes that it will draw a larger audience to the game. Or at least, attract UFC fans. The game has a focus on global multiplayer tournaments where players will compete for real-life prizes.

The Tournaments will be hosted by Conor McGregor himself. There will be a mixture of daily single and duo tournaments to complete. These tournaments will net players various in-game rewards. Meanwhile, weekly and monthly tournaments will also serve as qualifiers for a yearly tournament. The biggest event will bring a set of interesting prizes. It will give an opportunity to meet with McGregor, or if you prefer money, it will net champions with hundreds of thousands of dollars.

According to Beetroot Labs, Dystopia: Contest of Heros fits in the RPG category, however, it also brings build and battle elements. The game happens in a futuristic cyberpunk world.

We are curious to see if the game will catch enough players to keep up with its aspirations. The title is available on Android and iOS. Of course, it’s a free-to-play game with in-app purchases. The game also is available in Huawei’s AppGallery and Samsung Galaxy Store.