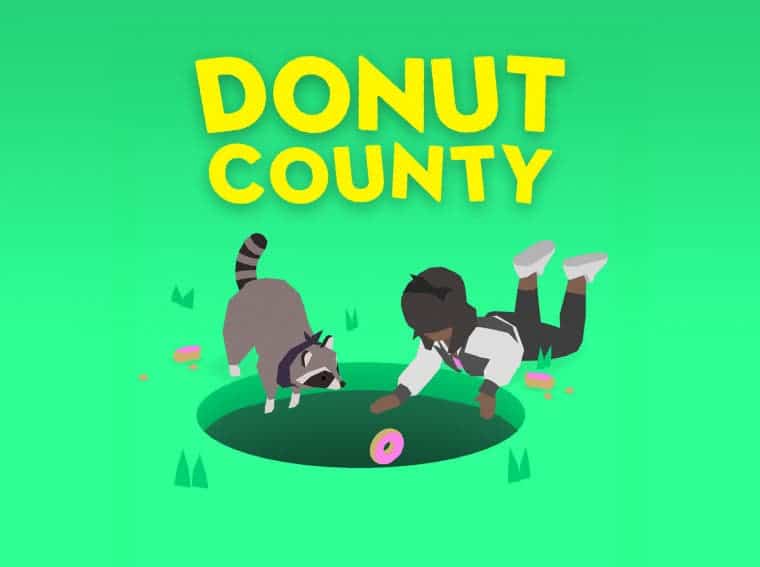 Donut County is not a new game, it was first seen on other platforms including iOS, PC & consoles. Now, it is ported to Android devices as well. Donut County is different because it integrates physics and puzzles with a good storyline. Let’s check out what Donut County is all about.

In Donut County, you play as a raccoon named BK. This character is all about chaos and troublemaking. He digs holes and swallows up his friends and their goodies. Being greedy, he doesn’t have dug one or two holes. But there are plenty of them. As a result, he actually falls into his own trap. He falls down into one of his own holes. Poor Raccon is now 999 feet underground. But the worst thing is that he is trapped with people who were trapped because of him. And now they are demanding answers Now, you will be doing plenty of stuff inside the hole. You will be exploring people’s homes and get food from there. And you will not stop your conquest, you will be digging in more and more. The game also has some aspects of a survival game. You will be combining objects you found, for example making soup, launching fireworks, etc. You might be wondering, when does the hole stop growing? Well, it will only when the whole county is gone.

“Results of dozens of donuts (for research), and one fateful encounter with a raccoon”‘ During this adventure, you will be companied by your best friend Mia. Your best friend will help you solve puzzles and make your digging journey better. Hilariously, the game’s description says that this game was formed by the developer’s encounter with a raccoon. And many donuts were eaten when creating this game, hence the name Donut County.

This game is not new, it was launched in 2018. It has a good rating overall, having 4/5 stars on Steam and 3.9/5 on App Store. The game is premium throughout all the platforms with a higher price of $12.99 on Steam. While you can grab the game for a cheaper price of $4.99 on Google Play Store and Apple App Store.