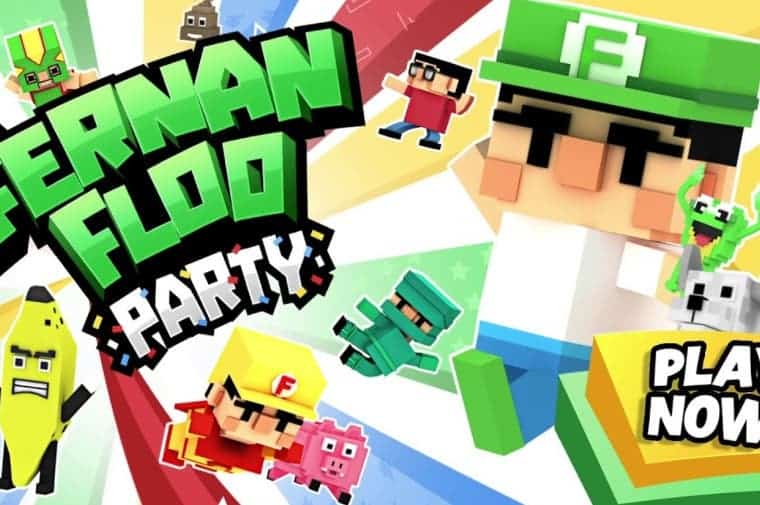 BBTV is a mobile game publisher that partly specializes in creating games in collaboration with content creators. The studio already partnered with Morgz, Stephen Sharer, and most recently James Rallison. The latest partnership involves a popular YouTuber called Fernafloor. He has 38.6 Million Subscribers and 8.7B all-time views. The partnership brings a new casual game dubbed Fernanfloo Party.

The game basically brings two small fairly simple, casual mini-games. The first is dubbed Chorizo Stack and will see you trying to climb as high as possible on an ever-growing pile of sausage. The second is Animal Escape. This one is a simple endless runner, where you’ll need to avoid all the animals and zombies for as long as possible to get a high score. The game will also bring various Fernafloos to collect. The list includes Bald Fern, Female Fern (LOL), Ninja Fern, and others.

BBTV Chairperson and CEO, Shahrzad Rafati made the following statement:

“We’re thrilled to release another game for one of the world’s most prominent influencers this Holiday Season. BBTV’s first game with Fernanfloo was an incredible success, and we’re looking forward to further entertaining his fans at this popular time of year. It’s an exciting launch for the business.”

When it comes to Fernanfloo, he said:

“I’m back with my new mobile game, Fernanfloo Party, which was created alongside BBTV. I’m excited for my fans to try and beat my score by playing multiple fun Fernanfloo challenges!”

If you want to try a casual game featuring a popular YouTuber, then, Fernafloo Party is available on App Store and Google Play. It’s a free-to-play game with in-app purchases.