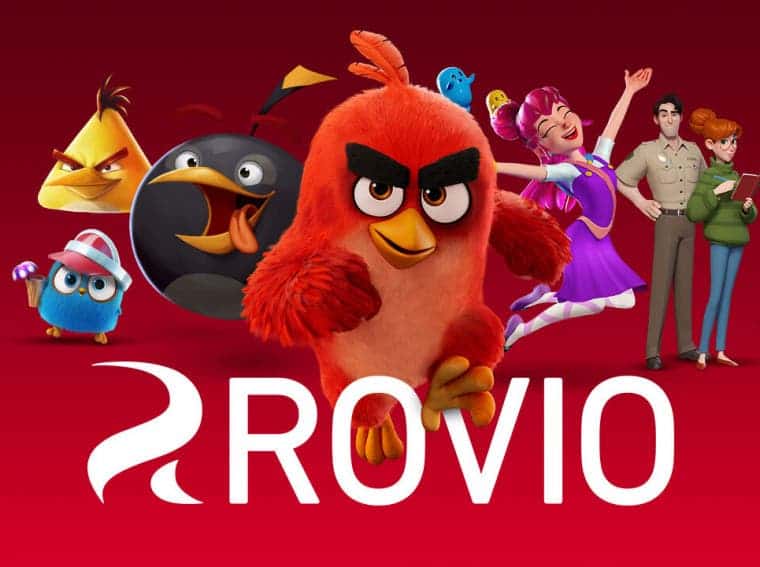 ROVIO is a legendary company for all mobile game enthusiasts. The company is behind one of the most popular franchises that ever existed in mobile smartphones – Angry Birds. Several years ago, when the mobile game was giving its first steps Rovio launched Angry Birds and it was a huge hit. Nowadays, the scenario changed with competitive games taking the place of the casual ones, but ROVIO and its popular games are still available. Today, the company announced Alexandre Pelletier-Normand as the new CEO of ROVIO Entertainment. This comes after the departure of Kati Levoranta.

For those unaware, Levoranta spent four years leading the Angry Birds maker as CEO. However, he is leaving once December ends. Now, Pelletier Normand, who currently leads Rovio’s video game business as EVP, will step into the role. His work as the company’s CEO starts tomorrow January 1, 2021. He’ll be tasked with helping the company adapt to the changing face of the video game market while continuing to drive growth.

“It’s a delight to appoint Alexandre as a new CEO. In accordance with our strategy, we have shifted our focus in the past years to our games business. The games market is going through a major transformation. Rovio’s business development will react to future changes,” commented Kim Ignatius, chairman of Rovio’s board of directors. “Moreover, Alexandre has an excellent track record in heading Rovio’s games business. He has a thorough understanding of the market and changes in consumer behavior. We are confident that he is the right person to lead the company in close cooperation with the rest of the leadership team.”