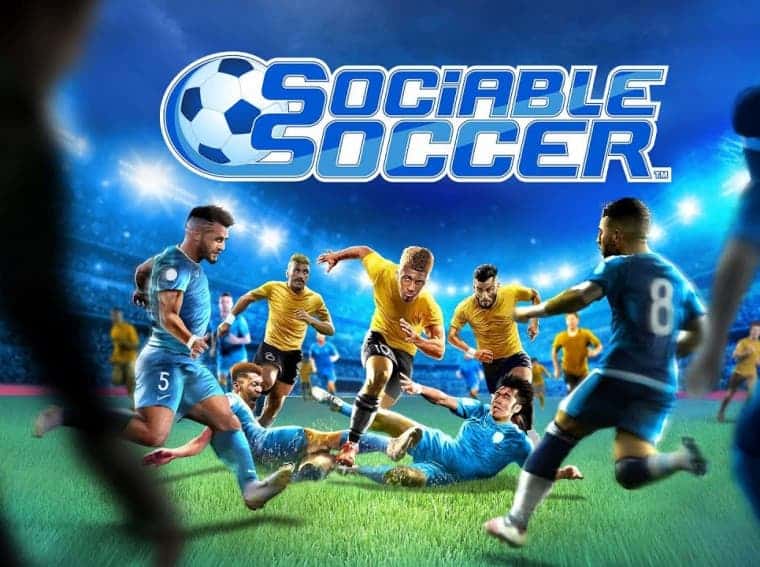 The range of mobile soccer games got more competitive recently with the arrival of Fifa and PES mobile editions. However, Apple has a third option to offer as an Apple Arcade exclusive game – Sociable Soccer. The game received an update in time for Christmas with a set of improvements and new features. This goes from tweaks to the UI to more substantial changes in the core. The objective here is to improve the gaming experience that isn’t being satisfactory for some players.

The new update comes as version 2.3.9 and introduces a new AI for goalkeepers as well as new animations. The animations come to improve the game’s visual and smoothness while the AI changes come to give you more confidence about your goalkeeper’s skills. Furthermore, the game also receives AI tweaks expanding the variety of goalscoring opportunities. Now, the single-player experience probably will be much better than before. After all, AI-controlled opponents will feel less robotic and closer to facing another player.

The controls have also been altered to make it easier to both chip and sprint. If you’ve previously been playing Social Soccer with a controller, then I will recommend checking the touch control screens again to see if the improvements can make you re-consider them.

The referees will also be more accurate than before. So you’ll not be a constant victim of rage. The game also brings tweaks for Club Clash menus alongside improvements to the rendering of graphics in-game.

As aforementioned, Sociable Soccer is available for devices subscribed in the Apple Arcade program. The subscription costs just $4.99 per month and brings a wide variety of games.