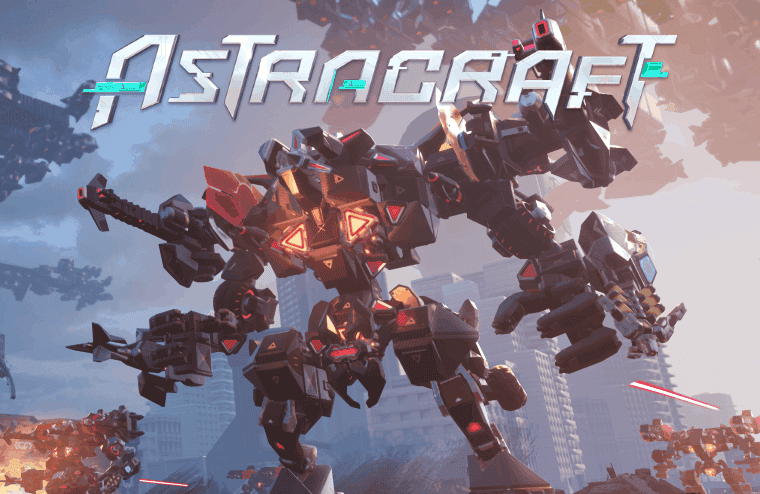 Netease has launched a new title. It is called Astracraft, The new combat game is developed by Payload Studios. Astracraft takes the battle royale to the next level with its mech. This is not just a battle royale game but it has many other things to do. The game can be defined in three words: Build, modify, and fight. Let’s check out what the game is all about and if it is worth installing or not. The sandbox & combat game is all about ARMS. Building your own mechs, how cool does it sound? It is an integral part of the game. You have to create your team. Your team can have different types of fighters.  You can build mechas, fighters, racers. You can also give a unique look to your creation. According to the game’s description, you can have infinite combinations, infinite tech, and infinite power. This shows that the game has given a variety of features for the customization of your machine.

The game promises an epic sci-fi battle experience. For a good battle experience, there should be a good variety of weapons. Hence, the developers have included special weapons like a holographic decoy, smoke bombs, EMP Generator with a realistic physics approach. As you don’t want just your mech to be great, because if the battle experience is not good, then the game will not entertain you. To spice things up, you can play Astracraft together with your friends. Share modules with each other and more. Talking about game modes, there is a lot of variety. There are limited-time game modes like tug-o-war etc. There are game modes including Create: Creative mode, Multiplayer creation, and Solo wanderer. The battle modes include battle royale, king of the hill mode, rumble mode, module trail, and storm mode. The game is now available to download on Google Play Store & Apple App Store. It has a rating of 4.7 stars from approximately 15,000 people on Play Store. The reviews appreciate the building system on the game. You can try it out yourself, it is free of cost and let us know your opinions in the comment section below.