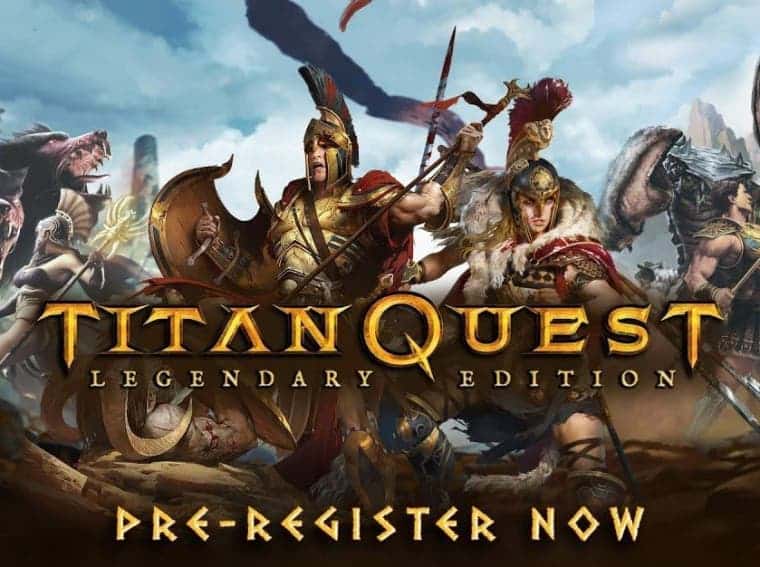 Titan Quest: Legendary Edition is up for pre-registers on Android and iOS

Are you familiar with Titan Quest? The game is a fresh adventure for fans of RPG in “Diablo Style”. The game received an Anniversary Edition in 2016 to celebrate its tenth anniversary in the PC. Now, Titan Quest: Legendary Edition is reaching Android and iOS as the Definitive version of the game. The iconic RPG will reach the devices on February 2 with a price tag of $17,99. Users interested can pre-register for being notified once the game launches.

Titan Quest: Legendary Edition brings all the DLCs from the original Titan Quest and also brings refresh graphics thanks to a new engine. The three DLCs are namely, Immortal Throne 2007, Ragnarok 2017, and Atlantis 2019.

This version is basically the same that reached consoles such as PlayStation 4 and Xbox One. They also came out for PC. The game was well-received due to its beautiful graphics. We expect it to be even better in this version. Moreover, the game should come to mobile in multiple languages. In PC and Consoles, the Anniversary Edition requires a little more than 5GB of space. The game is massive and the DLCs certainly add a little more to the size. This is big for mobile smartphones, but many games already crossed this barrier in the past and there’s no way back. Games will become bigger and bigger even in the mobile department.

The game’s price may be costlier for some. But take in mind that it is an offline game providing a full experience. You’ll not be annoyed by gacha elements or anything like that.