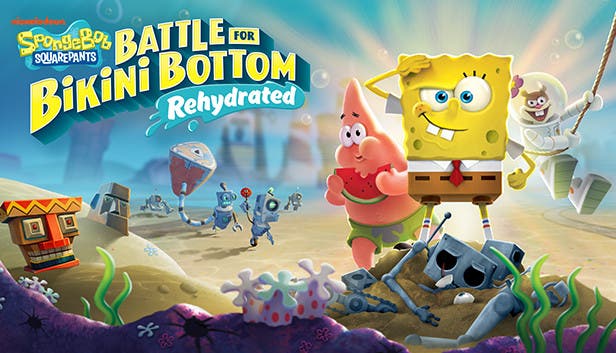 SpongeBob SquarePants: Battle for Bikini Bottom – Rehydrated is a PlayStation 4 game that has just been released on Android and iOS with a very inviting price of only $9.99. Yes, we are talking about a full-fledged game featuring SpongeBob, paid and offline.

Coming by the HandyGames label, SpongeBob SquarePants: Battle for Bikini Bottom, for those who don’t know, is a 3D platformer featuring the legendary SpongeBob. The title also won the surname “Rehydrated”. So yes, the game is exactly the same that was released for PlayStation 4, Nintendo Switch, and Xbox One. While it costs much more on these platforms, it is selling for less than $10 on mobile devices.

Just like in recent console versions, the mobile version comes in high resolution. It has better textures and polygons and is especially beautiful when played on a large screen. There are 13 levels full of challenges that will entertain children and adults. The game is in multiple languages and has support for Bluetooth controls.

However, there are some shortcomings in this release. First of all, not all chipsets will run this game without issues. It’s mostly recommended for high-end smartphones. There are some issues in shadow with certain chipsets and the Exynos chips aren’t running in the best form.

The game certainly is mandatory for all SpongeBob fans and for all those in the mobile segment that enjoys playing offline games with an actual story and plot.