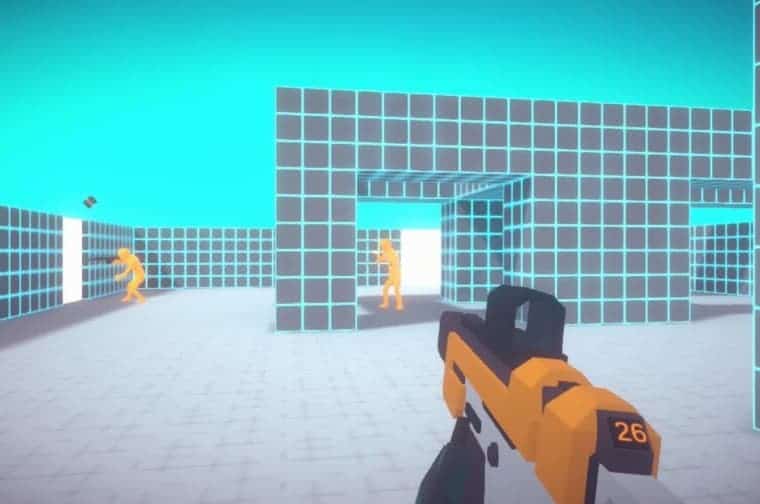 There are a lot of shooting games available on smartphones. Some very feature-rich like Call Of Duty: Mobile. But there are some disadvantages with these kinds of games as well. It has a lot of stuff to do. Some people want a simpler experience. They can play the game whenever they get free time and they do not have the time to track upcoming seasons, and new stuff coming every other day. Hence, the developer created 321 Shootout that just provides a shooting experience. And that’s it! Although it doesn’t mean the game ain’t complex. What is the fun of the game if they are too easy right? 321 Shootout gets harder with time. The bots are clever. They evolve with time. Hence, you will not be getting bored anytime soon. There are different types of enemies as well. In the trailer, there are normal bots as well as mechs each with their own type of attack.

The game will be refreshing as there are multiple maps as-well. The maps are simply just like the game. There is a space station as well as different planets where you can play the game. Of course, there are a variety of weapons to chose from. You can have shotguns, pistols as well as assault rifles. The game even though is very simple, keeps its focus on providing a good shooting experience.

It is too early to say if the game will be a  success or not. But of course, there is an audience who prefers simple yet complex games like these. It is available on both platforms i.e Android and iOS. You can download the game on Google Play Store and Apple App Store. It is free to play however you can remove the ads for $0.99.