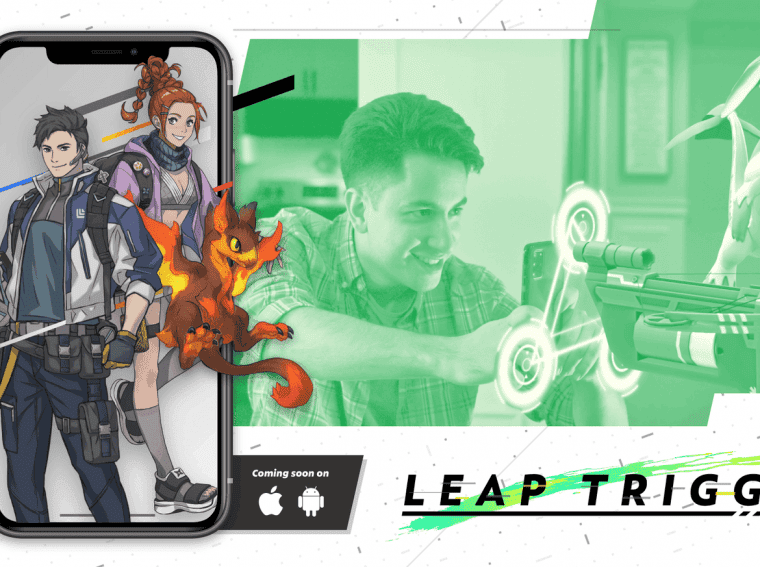 Developer Graffity held a Kickstarter campaign to help the development of AR hero shooter Leap Trigger. Apparently, everything is progressing well, as the game is now available to pre-register on both iOS and Android. The crowd-funding campaign concluded in early February, raising $13,000 from over 196 backers.

Leap Trigger will be a free-to-play game and the App Store currently lists the release date as March 17th. The game itself will see players becoming the various champions on offer through AR to fight against enemies using a variety of abilities. They can be joined in battle by buddies, who can either be mystical creatures or man-made entities.

Interestingly, the game can either be played in-person or online. Players will be able to create their battlefield in the comfort of their own homes. However, they can also make it in public areas. In battle, you’ll need to move your body to dodge enemy projectiles and abilities before unleashing your own from advantageous positions. The trailer below can give you a clear idea of the concept.

Before entering a fight they will need to create their deck. This involves choosing one champion and three different buddies. Your in-game pals can either be a striker, defender or jammer. Each option will have its own set of pros and cons. You will need to summon buddies to get help from them. Moreover, the game requires you to read and learn from your opponent’s style of play.

Leap Trigger is available to pre-order now over on the App Store and Google Play. Its release might happen on March 17th. It will be a free-to-play game with in-app purchases.