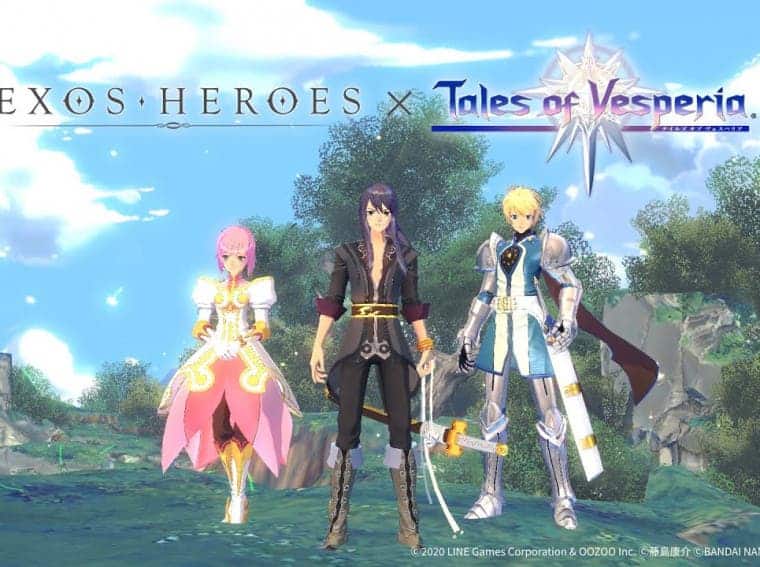 Exos Heroes is a popular mobile hero collection RPG game that in the meantime tells an epic journey. Today, the developers announced a new collaboration event that will bring BANDAI NAMCO’s Tales of Vesperia. For those unaware, Vesperia is one of the most popular games under the Tales Of series. Running for two weeks until March 10, the event will give players a rate-up chance to pick Yuri Lowell, Estelle, and Flynn Scifo along with their exclusive Weapons throughout the duration of the event.

LINE Games wants to make Exo Heroes and Tales of Vesperia collaboration even more engaging for its players. For that reason, it’s also bringing a new Core Raid that features the cool new heroes for the whole event. As a Step-Up reward, Flynn Scifo can be easily collected by simply participating in the Core Raid. To top it all off, the Exos Heroes x Tales of Vesperia character collaboration will bring a 7 Days Gift event plus a free Premium Recruit event. Players can take advantage of up to 55 free Recruits to keep the adventure alive.