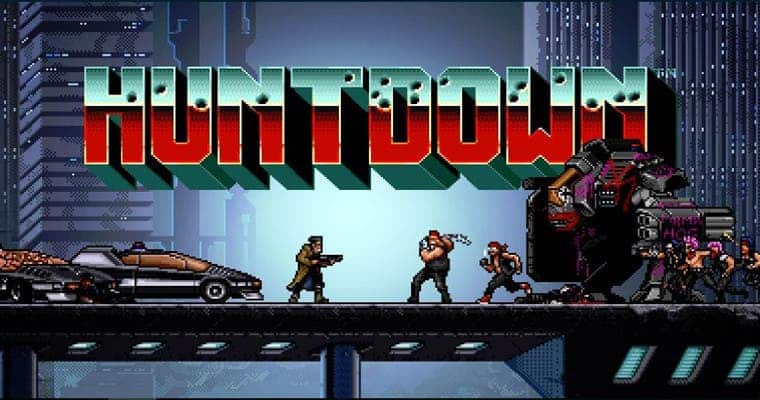 Huntdown is a 80s-inspired arcade shooter heading to smartphones

Now let’s talk about the game itself. It’s a shooting game with a kind of realistic graphics. The game is based on arcade games like Rolling Thunder, Robocop, and Contra. You will find yourself in 2D dystopian, as the game is inspired by the 80’s theme of shooting people at their faces. In a nutshell, it will remind you of cuphead. It will be a free-to-play game so you can check out the game if it suits your style or not.

The game is already released for PC and Consoles. At that time the press says that the game was originally designed for smartphones. But things changed and the developers went with PC and console launch. Most of the time, the gameplay of the ported game is sacrificed as they are initially built with physical controls in mind. But this will not be the case with Huntdown. The game will be having customized controls and will support physical controllers for enhanced gameplay. After the launch of the game for other platforms, people were quite impressed by the creators, but people wanted to see the smartphone launch as well so here we are.

Now the news says that it is coming only on Android devices but there are some rumors about releasing it on iOS devices. But there is no confirm news about when it is coming. We are expecting the game to release in late 2021 but it’s just a guess. The company did not reveal anything about the release date apart from it is coming this year. Worst case scenario, it launches in late 2021. Let’s see what happens next. Let us know what are your opinions on Huntdown and will you be playing it?

Read also: Stonefly is a new adventure and action game coming for Switch