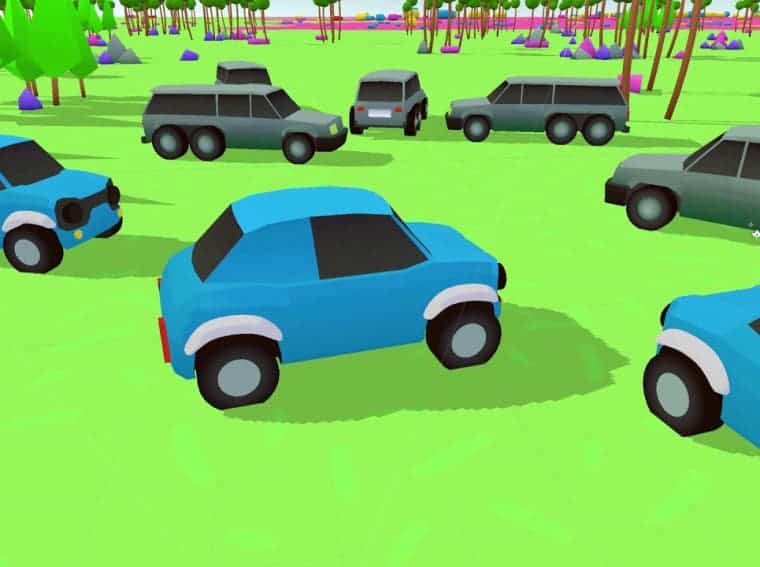 RallyAllyAlly gets a new teaser, coming for Android and iOS

Hairy Heart Games has released a new teaser video for its upcoming casual mobile racer, RallyAllyAlly. The game is coming soon for Android and iOS handsets and has a distinct art style.

RallyAllyAlly may look like other casual mobile racers, however, it has a unique element. At the start of each round, one player drives around a world literally building a track for other people to race on. Meanwhile, the other players are adapting to this living racecourse whilst battling for the first position.

The idea is unique because it promotes creativity to build elaborate and interesting tracks. In the same way, the game can become seriously competitive and addicting. You can check the teaser below that gives a good look at the game.

Interestingly, RallyAllyAlly was the number one title of the Big Indie Pitch event last November. It beat games as Dashero: Sword & Magic, Studio Killers 4040 Style Battle, and Atomic Invaders from Below.

Sophia from The Big Indie Pitch wrote: “As such, in this last-man-standing racing game, slow and fast players are constantly eliminated until only the smartest and those with the quickest reflexes are left racing. To say it’s a new twist on the racing genre is an understatement, and as such it’s a game that had everyone at The Big Indie Pitch very excited for.”

Are you excited about this upcoming title? It is coming for Android and iOS and we assume it will be a free-to-play title. Unfortunately, there’s no word on the release. So, we need to wait for more news.