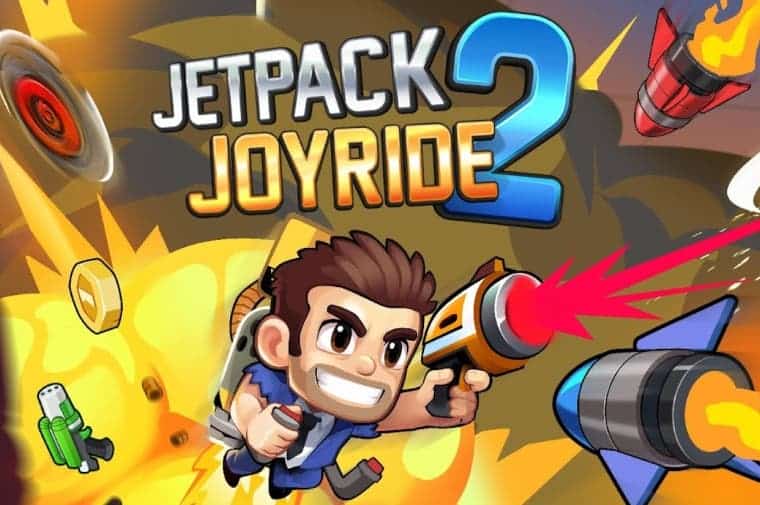 Jetpack Joyride is one of the most popular endless runner games for smartphones.  It was released back in 2011 and even in 2021, it remains relevant. The game has a 4.5/5 rating on the Google Play store. To give you an insight on its success, the game has been downloaded over 100,000,000 times on Google Play Store alone. I recently downloaded the game just to revive my memories and I found it playable. But HalfBricks thought it was a good idea to launch the sequel of the endless runner and now they have launched Jetpack Joyride 2.

The sequel of Jetpack Joyride is also an endless runner. And yes, we still are playing as Barry Steakfries who is on a mission to stop the deadly science experiments. He will be running through different maps having different types of hurdles to stop him. Now it will be up to you on how much Barry Steakfries can travel while dodging the hurdles. To spice up the game, the developers have worked on improved game mechanics. There are new guns and advanced hurdles. There are even missiles that you will have to doge. New and stronger enemies and bosses have also included in Jetpack Joyride 2.Professor Brains is back and there are laboratories now. If you remember Jetpack Joyride, you must know of the powerups. This time there are more of them including flamethrowers, umbrellas, laser beams, and so on. There are more vehicles as well that will give you a speed boost. Of course, the game graphics are also improved. The graphics are in HD and are more polished. The game is launched on Apple App Store as well as Google Play Store. However, the game is available for a limited number of countries including Australia, New Zealand, and Canada. Hopefully, we will get a global launch soon. For now, the reviews on PlayStore are mixed. Some of them are happy while many don’t even think this is the sequel of the original game. The game is soft-launched hopefully developers will polish the game till the global launch.

Read also: Dungeon of the Endless: Apogee all-set to launch